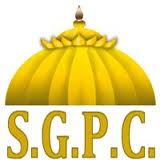 Comments Off on Haryana Committee issue: Hearing adjourned till October 25 after notice to HSGMC 564 Views

New Delhi, India : Hearing the plea against formation of separate Gurdwara committee for Harayna the Supreme Court of India (SCI) yesterday (on August 25) accepted the application of Shiromani Gurdwara Prabhandak Committee (SGPC) to make it a party to the hearing.

The present petition was filed by Harbhajan Singh, who is also a SGPC member from the state.The SCI has granted four weeks time to the Haryana Sikh Gurdwara Management Committee (HSGMC) HSGMC to file it’s reply on the petition moved by Harbhajan Singh. SCI has fixed 18 October, 2014 as next date of hearing.