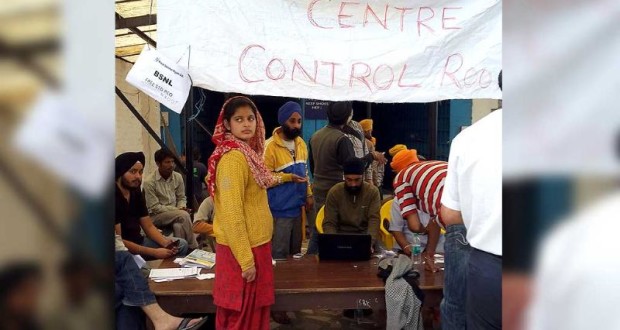 Comments Off on Harmony flourishes in Srinagar gurdwara 731 Views

Burzulla, Srinagar: Twelveyear-old Javed’s house in Chaanapura, Srinagar, is still submerged. In order to survive, the family has enrolled at the Shahid Bunga gurdwara in Burzulla to get some rations.

They are among the 1,500 people — Muslims, Sikhs, Hindus— who have registered at the gurdwara to get food, shelter and medicines.

Perhaps the most telling thing about the gurdwara’s commitment to help is the fact that they have shifted the Guru Granth Sahib to a smaller room and have opened up the larger hall to provide help to those rescued.

A local transporter has been enrolled to take people to the airport and also bring back food, medicines.

Two doctors have set up a small clinic within the gurdwara’s library to tend to patients.

“The first day, we had just 250 patients. Now we are catering to nearly 800 to 1,000 a day, providing them insulin injections, medicines for diarrhoea, hypertension and gastroenteritis,” said Dr Pritam Singh, a volunteer at the gurdwara.

They get their medicines from the many volunteers who are transporting free aid to the camps set up.

The langar now has to prepared and served in batches because of the sheer number of people who have come seeking help to the gurdwara.