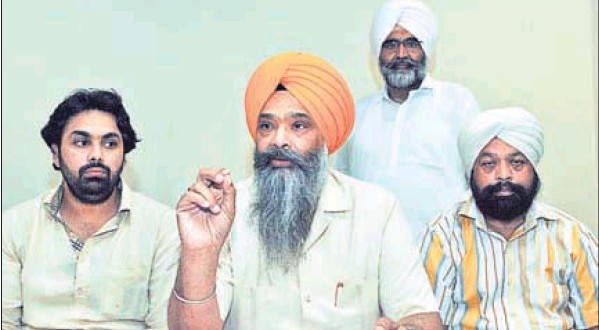 Comments Off on Gurdwara act a solution to many problems: Chandumajra 770 Views

Jalandhar, Punjab: Shiromani Akali Dal (SAD) general secretary and Member of Parliament from Anandpur Sahib Prem Singh Chandumajra on Saturday advocated the need to implement the All India Gurdwara act, which proposes single governing body for all gurdwaras across the country and is a long-pending demand of various sections of the Sikh.

Addressing a press conference, Chandumajra said there was a need to implement the All India Gurdwara act to avoid any tussle or conflict over governing of gurdwaras across the country. “Today, Haryana has formed a separate committee to regulate gurdwaras, tomorrow some other state can come forward. I feel the All India Gurdwara Act is the only solution to all such possibilities,” said Chandumajra.


He, however, clarified that it was his personal opinion and not of his party. “But, I will raise the issue with the core group of the party and whatever decision comes, the party will move ahead to deal with the case,” said the Anandhpur Sahib MP.

Welcoming the edict of Akal Takht Jatehdar to ask both Punjab and Haryana Sikhs to ban their conferences scheduled on July 27 in Amritsar and July 28 in Karnal, respectively, Chandumajra said the party was hopeful that the central government would intervene into the matter and stop Haryana from forming a separate gurdwara panel.

“On Friday, when SAD MPs led by deputy chief minister Sukhbir Badal met union home minister Rajnath Singh, he assured them that the Centre was keeping a tight vigil on the developments and would not allow the Haryana government to take arbitrary decision on the issues,” said Chandumajra.