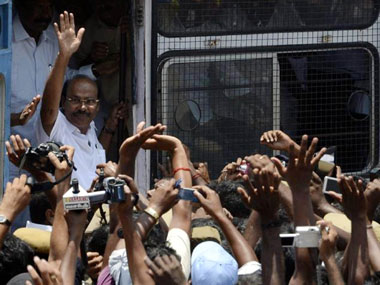 Genetically modified crops is like killing agriculture with acid: Ramadoss

Comments Off on Genetically modified crops is like killing agriculture with acid: Ramadoss 565 Views

Chennai (Madras), India: The Centre’s sanction to field trials for around 200 genetically modified (GM) food crops, including paddy and wheat, is equivalent to killing Indian agriculture with acid, PMK founder S. Ramadoss
He said the centre’s decision is an attack on federalism as agriculture and health are in the concurrent list of the Indian constitution. He also said the decision to allow field trials of GM crops has been taken without consulting the states.In a statement issued here, Ramadoss said the earlier two union ministers for environment – Jairam Ramesh and Jayanthi Natarajan – had opposed field trials of GM crops in India. He said a parliamentary standing committee on agriculture too had warned that GM crops would threaten health, seed sovereignty, food security and farm livelihood and an urgent decision on this subject should not be taken.

Ramadoss said a technical committee appointed by the apex court too had said that sanction for field trial for GM crops should not be given before the setting up of a sectoral regulator.

He said 256 scientists, including some Padma awardees, had recently written to the Prime Minister Manmohan Singh urging to ban GM crops.