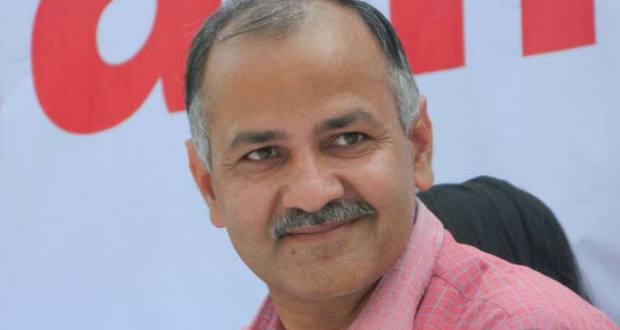 Fight in Delhi will be between BJP and Arvind Kejriwal

Delhi, India: Aam Aadmi Party leader Manish Sisodia has stood by party leader Arvind Kejriwal through thick and thin. In an interview with HT, he says AAP will not be soft on the BJP’s strongman and PM Narendra Modi.

How do you respond to the perception that AAP is going soft on Modi to attract BJP voters?
It’s not true. The Delhi BJP is trying to create this confusion. Theirs is a leaderless unit. They somehow want to make it Kejriwal vs Modi which is not the case. Will Modi resign and fight for Delhi’s chief ministership?

But you don’t target Modi as much as you did before?
Why? Our banners say it’s 49 days (of AAP government in Delhi) versus 150 days (of BJP’s rule at the centre). I’m putting it on record that there’s a difference between Modi’s words and action. His Delhi unit chief Satish Upadhyay made a mockery of the Swachh Bharat Abhiyan. His minister, Harshvardhan is punishing honest officers.

But your party website on Friday had a banner that said, ‘Delhi speaks: Modi for PM, Arvind for CM’…
It was a goof-up. It’s a nonissue. BJP is a corrupt party. They have been ruling the municipal corporations for seven years. Nothing moves without paying a bribe. The Centre has made a U-turn on issues such as black money and inflation. We will take all this to the people.

Why has AAP ‘chosen’ Jagdish Mukhi as the BJP’s CM candidate when they’re saying they will go into elections under a collective leadership?
Because we believe he is their legislative party leader. If he is not their leader, they should give another name. Then Arvind will take that person on. The reality is that the Delhi BJP has no credible face. The fight in Delhi will be between Arvind and BJP’s CM face.
The impression one gets is AAP is changing its poll plank to infrastructure; sensing corruption is no longer a strong, emotive issue…
Our main goal remains making Delhi India’s first corruption-free state. We’re as committed to legislations such as Janlokpal and Swaraj as we were before. If we’re also talking of making Delhi a world-class city through infrastructure development, what’s wrongg in that? Delhi deserves this.s.

You think Congress isn’t rele- vant to these elections?
They may get a couple of seats. It’s a direct fight between AAP and BJP. A panicked BJP fanned recentnt Trilokpuri riots and effortss are being made to ignite communal tension in otherr parts of the city as well. People are rejecting politics of hate. We will not let them disturb peace for political gains.

How confident are you of your party’s return to power?
We are confident we will get more than 45 seats in this 70-member house and will fulfil the people’s aspirations. Our student, youth, women and other wings are also working very hard to make this happen.

Sometimes your name is also floated as chief ministerial candidate…

There is not even an iota of truth to it. This is plain mischief. Our one-point agenda is to make Arvind chief minister and rid the people of Delhi of their problems like we did when were in power for 49 days.