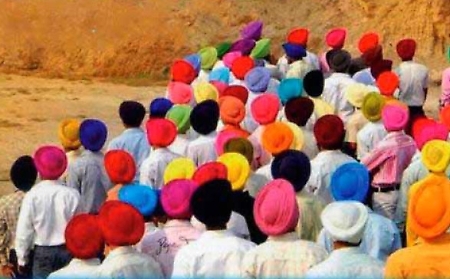 Casalmaggioge, Italy: The invitation of the Sikh community and the issuer Casalmaggiore Sikh Channel The Sikh hope that their ‘Feast of the Turban’, scheduled for Sunday, September 7, from 0:30 to Park Bodana sticks, can participate in “numerous citizens of other creeds and nationalities.” The purpose of the event, explained, “is just to make aware the ‘other’ of everything that makes us a Sikh, for anyone to be able to see the folds of the turban, not something different, but a symbol, a culture , an identity and a friend. ”

The event, a collaboration between the broadcaster Sikh Channel (which has studios in Birmingham, London and in Canada, which will resume live the whole day, and the Indian Sikh community of Casalasco and neighboring provinces, aims to “promote integration between different cultures and religions, with particular reference to Indian Sikh, a major in the area of northern Italy, with attention to the meaning of the turban.” From about noon will begin the most user-friendly, open at all.