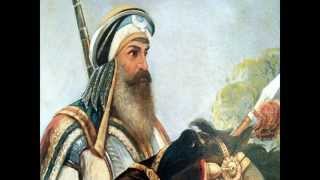 New Delhi: The march celebrating the day will consist of Nihangs on horses and elephants In memory of Baba Baghel Singh who conquered Delhi during the reign of Mughal King Shah Alam in 1783 and unfurled a Nishan Sahib at Red Fort, Delhi Sikhs would celebrate Fateh Diwas on March 8 and March 9. Baba jee conquered Delhi on March 11, 1783-the day was known as Fateh Diwas in the history of Sikh community.

It will be held at Red Fort. There will be kirtan on the night of March 8 while on the second day, a march will be taken out from Tis Hazari to Red Fort via Fatehpuri and Gurdwara Sheeshganj Sahib.

The march will consist of Nihangs on horses and elephants. Sikh ex-servicemen, including Air Chief Marshal Arjun Singh, bands of Delhi Police, BSF and CRPF are likely to participate in the march, the spokesperson said.

The DSGMC spokesman said that the function is being organised to acknowledge the good work done by Baba Baghel Singh for the community and give information of Sikh history to the youth of the community besides reminding the country that a Sikh had unfurled the Nishan Sahib 231 years ago at the place where the Prime Minister of India unfurls the National Flag every year.