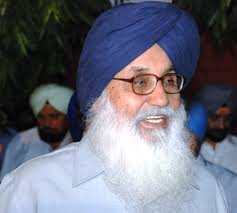 Comments Off on ‘Expect Badal, Makkar to respect sentiments of Haryana Sikhs’ 490 Views

Chandigarh: Haryana chief minister Bhupinder Singh Hooda on Saturday said he expected his Punjab counterpart Parkash Singh Badal and SGPC president Avtar Singh Makkar to respect the sentiments of the Sikhs of Haryana who sought a separate committee to manage gurdwaras of Haryana.

Hooda, who was interacting with newspersons after the cabinet meeting when asked to comment on the statement made by Badal and Makkar over the legal validity of separate SGPC for Haryana, said he had nothing to do what Badal said and added that separate Sikh body was being constituted under legal framework.

Earlier, Hooda while addressing a gathering of Sikhs, who called on him to express their gratitude for passing the Haryana Sikh Gurdwara (Management) Bill, 2014, while referring to Badal and Makkar said, “Tussi meri manno ya na manno, ghattoghat Haryana de sikhan di bhavnao da aadar karo, te tussi adanga na pao. (Badal and Makkar may or may not support him but they should at least respect the sentiments of the Sikhs of Haryana and should not create any obstructions.