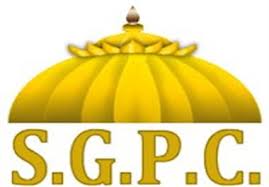 Amritsar, Punjab: The Shiromani Gurdwara Parbandhak Committee (SGPC) has voiced serious concern over the manner in which social sites are being misused by miscreants to create communal disharmony in the country and for hurting religious sentiments.

The latest case relates to a distor ted photo g raph of the Har mandir Sahib, the sanctum sanctorum, which has been uploaded on Facebook and whatsapp.

Taking offence to this, SGPC chief Avtar Singh Makkar said here on Sunday that the religious body would approach the authorities concerned to register a case, in accordance with the law, against the accused who has uploaded this picture on the Facebook and whatsapp sites that showed this distortion. The accsued has been identified as Mandeep Singh Saroya alias Deep Kumar.

“We have asked the police authorities to locate the accused and book him as per the law. We will also seek his persecution under the Cyber Crime laws”, he added in a statement issued from the SGPC headquarters.

Makkar noted that of late there are been a number of cases of social networking websites being misused against the Sikh religion. This is to provoke communal hatred,” he said.

Previous: Majithia should be exiled for a year: Bajwa
Next: Bhagat Singh’s name not in 1928 murder FIR: Pakistan police