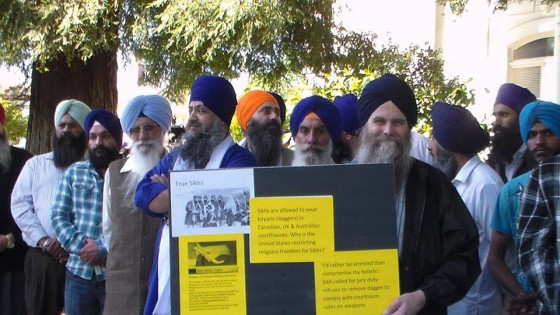 Bathinda, Punjab: A complaint has been filed in a local court against Usha Thakur, BJP MLA from Indore in Madhya Pradesh, for allegedly hurting the religious sentiments of Sikhs by wearing a kirpan without being a baptised Sikh.

The complaint has been filed by Sikh preacher Baba Hardip Singh, head of Ek Noor Khalsa Fauj, Sardulgarh, in Mansa district, and Baljinder Singh and Surinder Singh from Nathana, near here.

HS Khara, counsel for the complainants, said they had demanded the registration of a case under Sections 295-A and 298 of the IPC against the BJP leader for hurting the religious sentiments of Sikhs by wearing a kirpan at a function in Indore this month.

The complaint has been filed on the basis of photographs of the leader published in the papers.