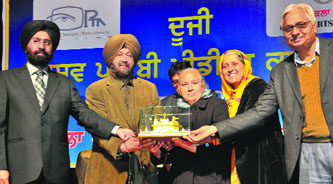 Challenges before Punjabi NRI media in focus at global meet

Chandigarh: The challenges before the Punjabi NRI media was one of the main themes discussed at the Second World Punjabi Media Conference held at Kala Bhawan, Sector 16, today. Mediapersons also shared their viewpoint on varied topics including “media ethics and Punjabi media” and “Punjabi language and Punjabi media”.

Gurjatinder Singh Randhawa, editor of California-based Punjabi newspaper Punjab Mail, said the Punjabi NRI media was still not financially independent due to high printing and labour costs, and most of the newspapers were still circulated free of cost.

Experts said Punjabi readers had increased manifold over the years and there was a lot of scope for the Punjabi media to thrive abroad.

Satnam Manak, resident editor, Daily Ajit, in his keynote address, warned the media about the downfall of Punjabi language.

NRI SPS Oberoi, known for being instrumental in the release of 17 Punjabi youths from a UAE jail, and Aruna Batalvi, wife of famous Punjabi poet Shiv Kumar Batalvi, were honoured at the conference.

Previous: SGPC demands subsidy in LPG cylinders for its langars
Next: 5 Sikhs Who Made a Difference in 2013 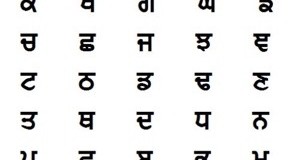