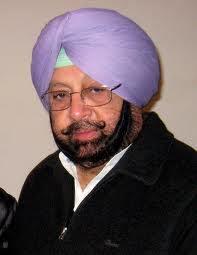 “Rahul Gandhi was a boy of 13 when the riots took place. How can you blame someone for something he is not even remotely associated with,” he asked. He advised the Akalis not to “misinterpret” Rahul’s honest and straightforward remarks.

The former Chief Minister said the Akalis should rather acknowledge that Rahul had been fair in his interview, not defending any of the accused. “Should you be blamed for the sins of your Cabinet and party colleagues,” Capt Amarinder asked Badal.

“Congress President Sonia Gandhi went to Darbar Sahib with me twice, first when I was PCC chief and then when I was Chief Minister, where she expressed deep regret over what had happened in 1984. Later, Prime Minister Dr Manmohan Singh apologised in Parliament,” he said.