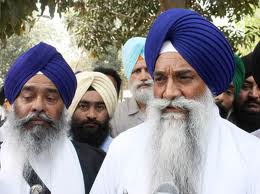 Comments Off on Akal Takht appeals for liberal donation 504 Views

Amritsar, Punjab: Akal Takht jathedar Giani Gurbachan Singh has made an appeal to members of all communities to donate liberally for the flood-hit people of Jammu and Kashmir.

“In this hour of crisis, it becomes our duty to help those in need,” he said in his message.

The jathedar appreciated efforts of the Shiromani Gurdwara Parbandhak Committee (SGPC) and said the gurdwara body had always been at the forefront in coming forward to help those affected by natural disasters. He referred to the 2013 Uttarakhand floods in this context.

Meanwhile, the SGPC dispatched its fourth successive relief consignment to Srinagar on Friday. It consisted of essential items such as wheat flour, rice, tea leaves and sugar.

“Our team in Srinagar had made a request for fresh milk and feeder bottles and warm clothes. Our relief consignments will now be need-based,” said SGPC publicity in-charge Kulwinder Singh.

The SGPC team camping at Gurdwara Shaheed Bunga Sahib at Budgam near Srinagar has requested the J&K government to allot them an open space for setting up a full-fledged relief camp. Presently, flood-hit victims are being accommodated in this shrine as most other gurdwaras have been affected by the floods.

30 LABOURERS BACK
An SGPC team brought back 30 labourers from Srinagar to Punjab. These labourers, mostly from the districts of Amritsar and Gurdaspur, had taken shelter at Gurdwara Shaheed Bunga Sahib following the flooding of areas around Srinagar, where they were staying or working.

“We would have brought more people, but Spice Jet could spare only 30 tickets for us for Amritsar. Another 30, whose fare was also paid by the SGPC, were sent to Chandigarh and Delhi by air,” said Kulwinder.