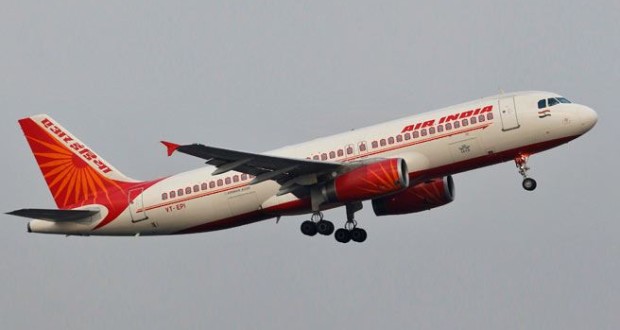 Amritsar, Punjab: The District Consumer Disputes Redressal Forum has directed Air India to refund the amount spend by a baptised Sikh passenger on a domestic ticket along with Rs 10,000 as compensation for causing harassment and Rs 2,000 as litigation expenses. The passenger, wearing a four-inch kirpan was not allowed to board the flight from Ahmedabad to Amritsar.

In a complaint before the forum, the complainant, Amarjeet Singh, a 66-year-old resident of SJS Avenue, had stated that he was fully aware of the fact that Kirpan is not allowed inside International Airports so he had booked a domestic flight where it is allowed. Singh alleged that status of the flight was changed from domestic to International and as such he suffered from mental agony and harassment.

Singh stated before the forum that a month and a half before the travel date, September 24, 2013, he broke his leg in an accident and instead of treating him with sympathy he was treated in a harsh manner. As the complainant denied removing his kirpan and board the flight, he later came to Amritsar on a train after a few days.

Air India representatives, in their reply to the forum, stated that as per the guidelines, rules and regulations, carrying of a kirpan is not permitted in the cabin of an aircraft on an International flight either on domestic or International sector. It was submitted that on such International flights kirpan can only be carried in registered baggage in aircraft hold.

A kirpan with a total maximum length of nine inches but a blade not exceeding six inches is permitted to a Sikh passenger on his person within India or on an Indian registered aircraft on domestic route of fully domestic flight within India subject to requirement of public order.

The airlines stated that as change of status of flight from domestic to international flight was owing to various security and other reasons so there was no question of giving any intimation in advance to the complainant regarding change of flight as change of flight depends upon the circumstances prevailing before taking off the flight. However, as a matter of good gesture and keeping in view the religious sentiments of the complainant, he was asked to carry it in his registered baggage which he refused to do so.

The Airlines also claimed that the passenger was not stopped by the officials of Air India but by officials of the CISF.

The forum observed that the opposite party could not produce any evidence in this regard that the status of the flight was changed from domestic to International flight due to security reasons. The complainant being baptised (Amrit Dhari) Sikh could not remove the kirpan which was containing four inches blade which was within the permissible limits of domestic flights as per circular 14 of 2005 of the Bureau of Civil Aviation Security nor the opposite party could arrange another domestic flight for the complainant as a result of which the complainant had to suffer mental and physical pain and harassment as he had to arrange railway ticket.

The forum directed has directed the Air India to refund the amount of Rs 3,300 paid by the passenger on ticket along with the compensation and litigation expenses.

Previous: Khalistan supporter Dhillon dies in US
Next: Shaheed Bhagat Singh’s last surviving sister passes away on his birthday in Canada.