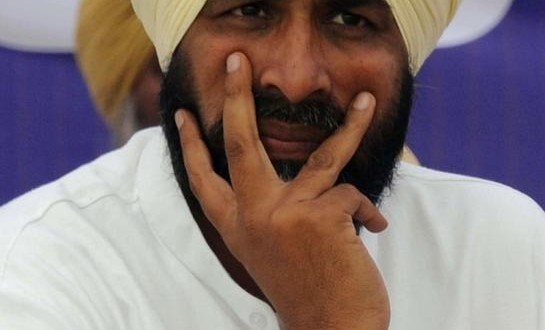 After PPP’s devasting failure at every front, Manpreet finally shook hands with Congress

Comments Off on After PPP’s devasting failure at every front, Manpreet finally shook hands with Congress 547 Views

Delhi, India: People’s Party of Punjab (PPP) chief Manpreet Badal today said an alliance with the Congress was essential for the political survival of the outfit he had floated ahead of the state assembly elections.

On the verge of clinching a pre-poll alliance with the Congress for the Lok Sabha elections in Punjab, Manpreet said he had no qualms about taking on his sister-in-law Harsimrat Kaur Badal of the Akali Dal in the Bathinda Lok Sabha segment. He said he was confident of putting up a “tough” fight.

“A lion will fight a lion. I selected the toughest seat in Punjab because I had a point of principle to prove. I know it is difficult to defeat the wife of the Deputy Chief Minister and daughter-in-law of the Chief Minister but it is not impossible,” he said.

He also took a dig at Harsimrat for remaining “absent” from the segment for most part of her MP tenure.

“When she was elected she had promised to turn Bathinda into Paris. Today during monsoons Bathinda looks more like Venice and without monsoons it looks more like a poor cousin of Patna. The segment has suffered because Harsimrat does not reside in Punjab. She mostly stays in Delhi and that shows,” said Manpreet.

Manpreet denied he would contest on the Congress symbol (as the party was expecting). “I don’t think the Congress will insist on this condition. We have a mutually beneficial alliance where I will canvas for the Congress in all the seats they contest and vice versa,” he said.

Asked how he would explain his alliance with the Congress when for the most part of his career he had criticised Congress policies, Manpreet said the alliance was important to ensure the PPP survived politically and made a national mark.

“The PPP should survive as a political entity in Punjab and should put some MPs in Parliament for its ideology to be known nationally. Considering we might not have been able to make the grade on our own, we went by the natural urge to ally with a national party,” Manpreet said.

The PPP chief had met Congress vice-president Rahul Gandhi in the national capital two days ago. He said he would seek an additional seat from the Congress — besides Bathinda (for PPP) and Faridkot (for CPI). He is scheduled to meet the Congress central leadership in Delhi over the next two days. Manpreet said the Doon School connection of the two leaders helped break barriers of communication.