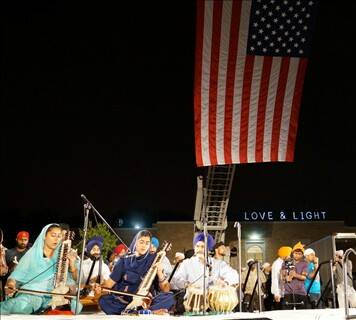 USA: I remember visiting my parents in my home state of Wisconsin and receiving a frantic phone call from my husband asking if I was okay. “There was a mass shooting at your Gurdwara (Sikh place of worship),” he told me. “A hate crime.”

It’s been two years since the August 2012 massacre at Oak Creek, Wisconsin, when Wade Michael Page opened fire in a Sikh Gurdwara, killing four, wounding many more, and then taking his own life.

I grew up in Wisconsin and called it home for 20 years. The people Page shot may not have been my family by blood, but they were my family in spirit, in belief, and in community. Though we all shared an ancestral home of Punjab, India, we all called America home. We all gathered together to pray and to sing Sikh shabads (hymns), as well as to watch the Fourth of July fireworks and eat pumpkin pie on Thanksgiving.

Page’s crime wasn’t just an attack on Oak Creek. It was an attack on Sikhs across America. On the idea that we could feel understood and safe in the country we’d chosen to call home. Unfortunately, since then, hate crimes against Sikhs and other minorities have continued to occur. To this day, every time my husband leaves the house, I fear for his safety.

My husband, Darsh Preet Singh, dons the traditional Sikh turban and beard, making him the target of racial slurs and harassment. Darsh and I were born and raised in the U.S. He played college basketball at Trinity University. But still, to many, because of our faith, we’re not American enough.

I laugh a little louder at his jokes, smile and hold his hand, and hug him frequently. I try to humanize him in the public’s eye. I think, “If they see that he has a wife whom he loves very much, maybe they won’t shoot him.” We’ve been safe. We haven’t been physically targeted. I thought my tactic was working, until last month.

A Sikh man and his mother were walking to dinner in New York when he was physically attacked by 10 teenagers who yelled, “Go back to your country.” A woman’s presence was not enough to save him from a hate crime. This realization shook me. I felt like there was nothing I could do to protect us.

As Sikh Americans, we carry the sad burden of having to prove our “Americanism.” Despite families dating back multiple generations in America, being elected to public office, serving in the US Armed Forces, competing in NCAA sports, our loyalty, our identity, is questioned.

My husband and I barbecue, we watch fireworks, we went to public school, we speak English, we like football, we’re hardworking, we eat too much junk food, we watch too much reality TV, we’re patriotic, and we believe in capitalism.

What else do we need to do? Should we wear American flag t-shirts? Should I hand out flyers on the street corner that explain how Sikhs have been in America for over 100 years? Should I get a megaphone and yell all of my American values out my window? Or should I just bleach my skin and dye my hair?

We teach our kids that America is a melting pot. That Americans come in all shapes, sizes, and colors. But some kids then turn around, punch their fellow Americans in the face, and tell them to “go back to their country.”

This is my country. America is my home. I believe and live by American values. I was raised to respect my neighbors. To honor diversity and tolerance. To not attack people who don’t look or sound or pray like me. 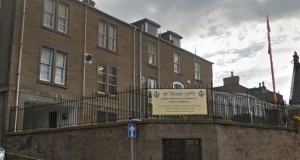