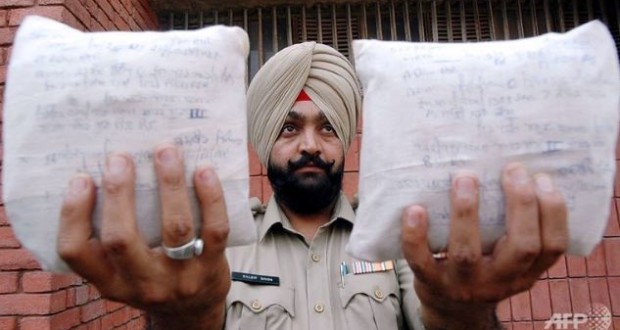 70% of the Punjabi youth are on drugs; still no outcry in Punjab

Comments Off on 70% of the Punjabi youth are on drugs; still no outcry in Punjab 356 Views

Amritsar, Punjab: The north Indian state of Punjab faces a crisis, with more than 70 per cent of its young people abusing drugs that are readily available.

Rehabilitation workers also added that ignorance about addiction has contributed to the scourge.

Punjab state is considered one of India’s most progressive, yet more than half of its rural households are home to at least one drug addict.

Drugs are the scourge of border districts, especially in Amritsar, which is close to Pakistan.

Heroin is the drug of choice for those who can afford it. Those who cannot afford it make do with any cheap drug.

S K Sharma, additional director general of Punjab Police, said: “Punjab has become a transit for drugs coming from Afghanistan, Pakistan and via Punjab it goes to various parts of the country. Now whenever this particular route is taken, there is high chance that there will be a pilferage.”

Private drug treatment and rehabilitation centres, which have sprung up across the state, have seen a surge in patients.

Dr Jagdeep Pal Singh Bhatia sees at least a hundred addicts a day and likens the situation to an epidemic.

He said: “By the time we realised that it was an addiction creeping into our society, we were already into the hands of this addiction; we were quite late about it. Now, we have woken up, but we are quite late and it has become an epidemic in Punjab.”

30-year-old Vishal Bamba is one of the former addicts from Dr Bhatia’s rehab clinic. An engineer by profession, he has pledged to spend the rest of his life counselling drug addicts.

He said: “When I was in my dark days, I remember those days when being normal were the best a guy could have. I was so jealous of my sister. She just used to wake up, go to her office and spend all her day in her office and come back, have her dinner, sleep and she was very happy with all that. And for me, just to wake up, I needed 50 pounds of (drugs) in the morning just to get myself sorted. Just want to give this message to all those people who are still in the dark alley that being normal is absolutely possible, all it matters is your willingness.”

Rehabilitation workers said the government of Punjab needs to step in, if the problem is to be contained.

Dr Bhatia said: “The government and the people of Punjab have to come out of denial that yes, the disease is already there and it is knocking at our doors. We need to treat them at various good places where we can direct our youth to take up this issue to cure other people and to enlighten the society about the disease of addiction.”

From being the food pocket of the country, which brought in the green revolution, Punjab has been engulfed with a medley of drugs.

A weakening economy, unemployment and unchecked accessibility of drugs has made the state a haven for drug abusers. For now, the high numbers of youth addicted to drugs has become a national problem.

2014-02-14
SSNews
Previous: Arvind Kejriwal – A true dedicated politican that India can ever have
Next: Devinder Pal Singh Bhullar’s death sentence should be commuted to life term