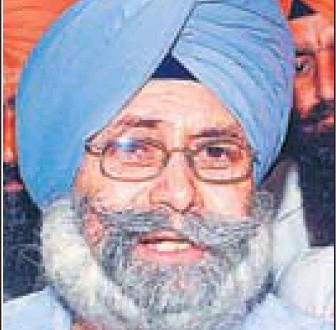 Comments Off on 1984 genocide: Phoolka urges Sukhbir to take up ‘formation of SIT’ issue 220 Views

Ludhiana, Punjab: Supreme Court lawyer and Aam Aadmi Party leader Harvinder Singh Phoolka has written to Shiromani Akali Dal (SAD) president Sukhbir Singh Badal, requesting him to take up the issue of setting up a special investigation team (SIT) into the 1984 Sikh genocide with the BJP-led NDA government at the Centre, as was promised.

Reiterating the demand of an SIT for 237 cases which were closed as ‘untraceable’, Phoolka has reminded the in May last year, too, CM Parkash Singh Badal had said the SAD would pursue the demand. It was in February this year that the AAP government of Delhi had announced formation of the SIT, which was first stalled by the UPA after Arvind Kejriwal’s resignation and now by the NDA government, Phoolka has underlined. The letter says it appears the SAD has forgotten the issue even when it is a constituent of the NDA that came to power in May.

In a tone quite unlike that of statements issued by Phoolka during the parliamentary elections when he contested from Ludhiana, Phoolka has addressed Sukhbir as “respected sir”.

In the letter, Phoolka has again referred to revelations made by Daman Singh, daughter of former PM Manmohan Singh, that Manmohan’s house was also attacked by a mob in November 1984 in Ashok Vihar area of Delhi during the genocide. It was Manmohan’s son-in-law, a Hindu, who had saved the house from arson.

Previous: Hate crimes against Sikhs: SGPC seeks Centre’s intervention
Next: SGPC to speed up work on US centre