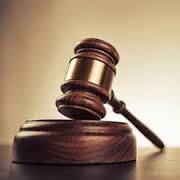 Acquitting the then station house officer (SHO) of Nangloi, Ram Pal Singh Rana, then assistant sub-inspector Dalel Singh, then head constable Karam Singh, and a man named Satpal Gupta, additional sessions judge Kamini Lau observed: “The material and evidence on the record does not bridge the gap between truth and reasonable doubt.”

The court also noted that the case was “based on circumstantial evidence” and the investigation had not been conducted professionally in the manner it ought to have been.

It further said even the witnesses who should have been the eyes and ears of the court had failed to support the prosecution case. They had retracted from their earlier statements, it observed, adding that there was little that the state or the courts could do; and to shift the entire blame on the prosecution and the investigating agency would be highly unfair “when the prosecution witnesses, the alleged victims on whose assertions the case has been registered, are themselves inconsistent and do not support their earlier versions”.

Noting with regret that there was little it could do in the absence of more proof, the court said it could not cull out a favorable judgment for the victims on the basis that this was a “special” case. “Whether, it is an ordinary crime or a crime emanating due to communal frenzy, law does not make any distinction either in leading of evidence or in its assessment and the rule is one and only one namely, if depositions are honest and true and the witness so examined credible then a conviction can be even based on the sole testimony of such a witness,” the court said.

The three former police officers and Gupta were facing trial for the alleged murder of Sikh men Swaroop Singh, Amrik Singh and Trilochan Singh on the morning of 2 November 1984, at Nangloi in West Delhi. The case was registered on the recommendation of Justice Ranganath Mishra Commission, based on affidavits and statement that Gurbachan Singh, son of victim Swaroop Singh, had submitted in 1991.

Prem Chand Jain and Ram Niwas “Tunda” were other accused; but proceedings against them were dropped when they died during the trial.