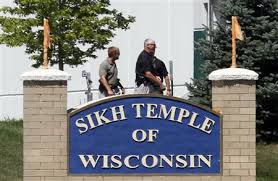 Washington, USA: The son of a Sikh temple president killed in a mass shooting outside Milwaukee, Wisconsin, last year is planning to run for the congressional seat held by Republican Paul Ryan. Amar Kaleka, 35, said he would file paperwork to form an exploratory congressional committee and plans to formally announce his candidacy as a Democrat next month.

According to the Huffington Post, Kaleka said he wanted to bring accountability and transparency back to Washington. He blamed the government shutdown on Ryan, who is the House Budget Committee chairman, and his Republican colleagues.

He said citizens are tired of career politicians who care more about staying in power than serving the people.

Kaleka’s father, Satwant Singh Kaleka, was a small-business owner who founded the Sikh Temple of Wisconsin in suburban Milwaukee, the report said.