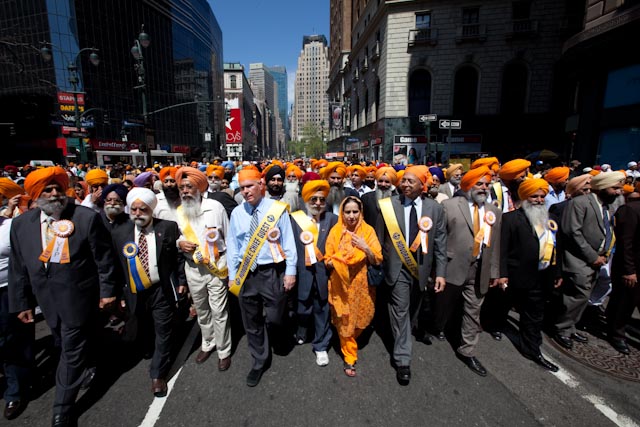 Washington, US: All politics is local, former US House Speaker Tip O’Neill famously declaimed to stress the principle that politicians’ primary duty is to those who elected them to office. Evidently, someone forgot to write this truism in the Indian diplomatic playbook. In trying to stymie the emergence of a pro-Khalistan Sikh Congressional Caucus, New Delhi has been rudely reminded of this universal norm after two lawmakers snubbed India’s plea not to join the religion-based lobby and instead signed up for it.

Among them is Dr Ami Bera, the newly elected Indian-American Congressman from California, who the Indian lobby had pressed not to join theSikh caucus because of the presence of pro-Khalistani separatists in the group. In fact, Indian sources were so confident that Bera, who is also a member of the India caucus, would not join the Sikh pressure group, that they had even offered a wager on it. Indeed, the first list of Sikh caucus members did not have Bera’s name in it.

Apparently, they did not reckon with constituency pressure. Bera’s office reached out to The Times of India on Monday to clarify that he had indeed signed up for the Sikh caucus after it was reported that he had backed off from joining. Also joining the Sikh caucus is Frank Pallone, who in fact, is one of the stalwarts of the India caucus and a one-time co-chairman, and Mike Honda, a California lawmaker who is also a member of the India Caucus.

The reason for their joining the Sikh caucus ignoring Indian government sentiments is not hard to see. They have many Sikh constituents and supporters. This is particularly true in the case of Ami Bera, whose 7th Congressional district has one of the most diverse demographics in America, including a large Sikh population.

Ditto for Congressman Honda, whose 17th Congressional district is in the heart of Silicon Valley. Honda in fact is locked in a fight to retain his house seat against another Indian-American Democrat Ro Khanna, who has a strong record of supporting Sikh issues and taking part in their festivities.

Given such constituency and electoral exigencies faced by the lawmakers, diplomatic niceties took a back seat. Besides, if indeed the Sikh caucus is promoted by pro-Khalistan forces, there was no public sign of it at the launch, where speeches focused mainly on issues of discrimination and bias Sikhs in America face.

In fact, there was a startling reminder last week of how deep-rooted racial and ethnic bias can be in 21st century America, even when Sikhs have forsworn their religion and excised all visible signs of their faith. A Democratic rival of South Carolina governor Nikki Haley (whose maiden name was Nimrata Randhawa and who was born and raised a Sikh but now identifies herself as a Christian) urged voters to send her to ”wherever the hell she came from” in next year’s election. The comment was widely seen as a racist reference to her Sikh Indian origins.

The Democrat, Harpootlian, later clarified that all he meant was that she needs to go back to being an accountant in a clothing store owned by her parents (called ”Exotica”) instead of being a governor. But it isn’t the first time Haley is being attacked; in the 2010 elections, one of her opponents repeatedly referred to her as a ”raghead,” a pejorative for those wearing a turban.

Given such instances of racial slur, not to speak of the post-9/11 physical attacks on Sikhs who are often mistaken for Muslims and middle-easterners, the formation of the Sikh caucus to highlight their plight may seem perfectly legitimate. Why India flipped out at this remains a little unclear. Evidently, Indian officials were sufficiently alarmed by the influence among the Caucus backers of pro-Khalistani elements that they opposed the caucus rather than encourage nationalist Sikhs to take a greater role in it.

In any case, US lawmakers do not seem particularly perturbed by the pro- and anti-Khalistan dynamics of India’s immigrant population. All they care about is representing their constituents — and getting re-elected.

Previous: Sikhs block road to house the Prime Minister’s office and the home, defense, finance and foreign ministries
Next: Elderly Sikh man assaulted outside US Gurdwara, one arrested