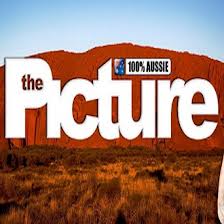 Brisbane, Queensland, Australia: On Australia Day (26 January 2013), Manmeet Singh, a newsagent in Brisbane, Queensland, brought to the attention of UNITED SIKHS the first-page article, “TURBAN LEGEND” in a pornographic magazine “The Picture” (#1272 30 January 2013). He saw a photograph of a Nihang Sikh (belonging to a centuries-old warrior Sikh order) on the cover page as he was shelving magazines in his shop, then saw the article and was deeply distressed.

The magazine shows a photograph of a Nihang Sikh with hands clasped in prayer (the unclear background is of the Golden temple, the sanctum sanctorum of Sikhs in Amritsar, Panjab). The article about Nihang Sikhs is surrounded by photographs, including at the foot of the article, of nude females. The entire magazine displays raunchy nudity and is replete with foul, irreverent and inappropriate language and the tone ridicules the dumalla (turban) and Nihang Sikhs. The magazine is on sale Australia wide.

UNITED SIKHS is of the view that the publishers have breached both Federal and State criminal, civil and human rights laws. We are lodging a complaint with the Australian Human Rights Commission.

The UNITED SIKHS Legal and Advocacy’s Rapid Response Team is liaising directly with Manmeet who has not only withdrawn the magazine from his agency’s shelves but will urge other retailers to do likewise.

Sukhwant Singh, Director, National Legal Affairs, UNITED SIKHS-Australia pointed out that, “Those in positions of influence must remain vigilant on 2 fronts: promote harmony and preserve Australian diversity AND discourage attempts to de-harmonise diversity, increase risk of active abuse and marginalise a minority. Importantly, in this instance, there is a need for prompt reassurance to ethnic Australians that the article does not represent the views of main stream Australians”.

UNITED SIKHS supports and advocates for the democratic right of all Australians to free speech. Such a right comes tempered with responsibilities to fellow ethnic and culturally diverse Australians.

Right minded and morally upright Australians, especially on a soul-searching Australia Day (on 26 January 2013), have merely to examine the placing of the image of a Sikh, regaled with Sikh religious symbols during a religious event, with raunchy nudity to feel deeply affronted. The image so displayed with the abundant and callous use of vulgarity is irreverent, intended to ridicule, morally reprehensible, religiously offensive, profoundly insensitive, sharply hurtful and, really, un-Australian, to say the least.

Infrequent (yet regular) and sporadic (yet persistent) ‘minor’ and isolated (but incremental) snipes and sneers couched as verbal jocularity and covert degrading of religious beliefs, depicted sensationally, seem to be ‘under the radar’ until the trials and tribulations of minorities in some parts of the world are flashed onto our TV screens with sickening and appalling constancy.

UNITED SIKHS calls on all Australian MPs to stand up and publicly condemn irresponsible and morally offensive publications such as this article and to call on the publishers to exercise common decency, restraint and responsibility towards fellow ethnic and culturally diverse Australians.

UNITED SIKHS calls on all Australian Governments to review, revise and refine legislation and processes in response to, and to curtail the conduct displayed in, publications such as this.

What can YOU do to assist:

Every Sikh (especially in Australia) is urged to call up the local Federal and State MP and lodge a protest and insist that the MP takes the action suggested above.

UNITED SIKHS points out in its Press Release to Members of Parliament that:

2013-01-30
Guest Writer
Previous: Court moved over Sikh inmate death
Next: A Day to be compassionate – the Gurgaddi Diwas of Guru Har Rai Ji