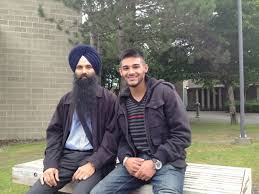 Vancouver, Canada: Stories of being able to leave your front door unlocked seem like folklore to New Westminster’s Gunvir Khosa.

The 20-year-old Douglas College student has only heard of those far-off times from his father, when he’d talk about his childhood and feeling safe in his neighbourhood.

“Nowadays you can’t do that, being scared that you might get hit by a bullet,” said Khosa.

Like on Sunday, when 25-year-old Harpreet Chahal was shot dead in a brazen daylight shooting in Abbotsford.

It was an accumulation of such incidents that led the Lower Mainland Sikh community to approach the RCMP six months ago, looking for a way to prevent ongoing gang violence.

On Wednesday, their efforts came to fruition as 30 representatives from 11 temples, including Khosa from New Westminster’s Sahib Sukh Sagar temple, met with RCMP and the Combined Forces Special Enforcement Unit B.C. (CFSEU-BC) for an anti-gang summit in Chilliwack.

The summit is part of a Kwantlen University research project on local gang violence, led by Dr. Gira Bhatt, director of Acting Together – Community-University Research Alliance, which received a federal grant four years ago.

The summit marked another step in her research, fielding suggestions from the community.

“It’s a local issue, local solution, local community,” Bhatt said. “We cannot import our solutions from California or from England. Our demographics are different, our cultural issues are different.”