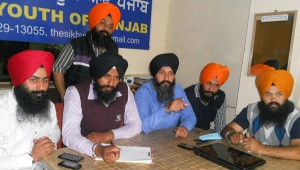 Amritsar, Punjab: Sikh Youth of Punjab’ (SYP) has suggested that the criminal law be amended to award the maximum punishment of full life imprisonment without parole to rapists.

Party head Ranbir Singh has sent suggestions to the Justice J.S. Verma Commission, which was set up to study stringent laws for preventing crimes against women after the gang-rape of a 23-year-old student in New Delhi in December last. Notably, SYP is the youth wing of the Dal Khalsa.

He said, “The law must be amended in such a way that the rape accused must be directed to undergo the maximum sentence for whole life till death. Those culprits who are involved in the brutal rape cases must be put in the condemned cell for the whole period of life.”

Pertinently, the gang rape has evoked strong reactions from all quarters of society. Many want the accused hanged.

In his suggestions, he said: “The death sentence is not deterrent to any crime. Most of the countries have abolished it, so India should also follow the suit. However, he said, some strict conditions have to be imposed in life sentence itself: parole and commutation of the sentence should not be granted to the accused sentenced to life imprisonment”.

In his letter to jurists, SYP leader harped on a ‘cultural sanction’ of rape in India. “The state in order to teach a lesson to a population seeking self-determination, allowed its security forces, which enjoys impunity, to use rape as a ‘tool’ against them and also against tribals considered pro-Naxal sympathizers.

Reminding the dishonouring of hundreds of Sikh women by frenzied mobs during the Nov 1984 genocide, he recommended the commission and through it to Government of India to evolve mechanism to end this cultural sanction of rape and bring members of the security forces under the purview of anti-rape law.

He also suggested that vulgarity in songs and movies that instigates and provokes violence and sexual abuse against women must be checked and curtailed.