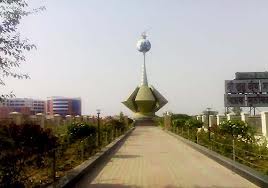 Comments Off on Sikh university caught in controversies galore 439 Views

Chandigarh,Punjab: From bitter feuds between its vice chancellor and the Shiromani Gurdwara Parbandhak Committee (SGPC) to its website being hacked, the Sri Guru Granth Sahib World University, the first and only Sikh university, has been grappling with controversies almost from day one.

The university, set up with the idea of “disseminating philosophy and ideology of the Sikh religion and the Sikh holy book”, is back in the news with the Punjab and Haryana High Court dismissing a petition by founder vice chancellor Jasbir Singh Ahluwalia challenging his suspension. The court Tuesday asked SGPC to explore other options, including allowing Ahluwalia to resign, to give him an opportunity to exit.

Ahluwalia, who was removed as vice chancellor of the Punjabi University in Patiala in 2002 following charges of corruption and moral turpitude against him, was placed under suspension by his employer SGPC in July last year.

From Ahluwalia’s appointment as founder vice chancellor onwards, the university in Fatehgarh Sahib, 50 km from here, has been caught in numerous wrangles in the 18 months since it was formally launched in July 2011. To add to its problems, its website was hacked too.

Ahluwalia was shot at and critically wounded by a man inside the university campus Aug 1, 2011, just a week after the university was formally launched. The attack, according to the police, was carried out as the attacker was upset with Ahluwalia over an admission case.

Ahluwalia, in his petition before the high court, had accused SGPC president Avtar Singh Makkar, who is the chancellor of the university, of blackmailing him over certain appointments. Of 92 appointments made, Ahluwalia alleged, 32 were of people recommended by Makkar. This included Makkar’s grandson who, he alleged, was acting like a “super V-C”.

The appointments were made when Ahluwalia was in hospital and Gurnek Singh, an eminent Sikh historian, was made acting vice chancellor by Makkar.

Radical Sikh organisations had objected to the SGPC — an elected religious body of Sikhs for control and management of gurdwaras in Punjab, Haryana, Himachal Pradesh and Chandigarh — appointing Ahluwalia as vice chancellor saying that he had a controversial past. Ahluwalia was considered close to Punjab Chief Minister Parkash Singh Badal.

Besides his sacking from the Punjabi University, a molestation case was also filed against Ahluwalia by a research student from the university. Though he was acquitted by a court, the taint remained.

“Due to his tainted past, he was removed as Punjabi University V-C. He was not fit for this post due to his controversial past. The university got mired in controversy ever since he was appointed,” radical Sikh group Dal Khalsa leader Kanwarpal Singh told IANS.

The first academic session of the university was launched by the chief minister in Fatehgarh Sahib. With an initial fund of Rs.500 crore, the university campus is coming up in 84 acres of land.

Badal said the new university would be a “unique institution of higher learning across the globe to disseminate the philosophy and ideology of great holy scripture to bring awareness amongst the mankind about the universal message of love, peace, oneness and communal harmony”.

The university is supposed to undertake research on different aspects of the Guru Granth Sahib and also carry out a comparative study of other religions for better understanding. It offers regular, professional and vocational courses also.

Fortunately, academic work has continued unaffected despite the controversies with classes for various regular, professional and vocational courses being conducted.