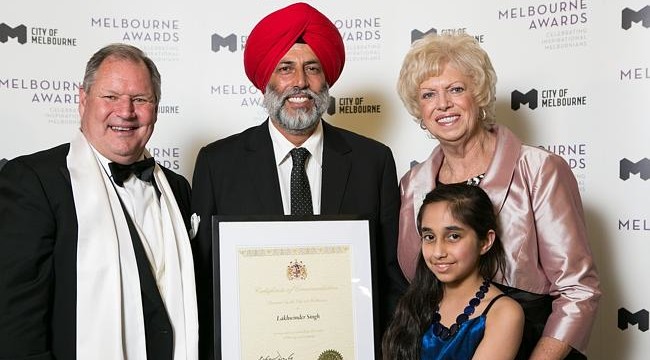 Sydney, Australia: A Sikh taxi driver in Australia, who returned A$110,000 in cash he found on the rear seat of his cab to its owners, has received a Melbourne City Council award for his honesty.

Lakhwinder Singh Dhillon found the money after dropping off a group of people at Crown Casino in Melbourne last month.

Singh said the seven men and two women, whom he had picked up from Chinatown in his maxi cab, seemed very drunk.

“When I saw all that money, I thought, what is happening, it is something amazing, what should I do,” Singh said.

After finding the cash, he drove to a police station but he soon received a call from the owners to return the money at the casino where he left them.

Singh believed they were visitors from China staying at the casino.

“He is truly an inspirational Melbournian – it was the act of an honest man of integrity,” mayor Doyle said.

Singh said he was greatly honoured by the award.

Previous: Sikh man to get compensation in religious discrimination case
Next: Jhinda faction gears up for political war against Cong