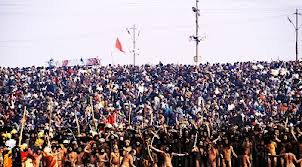 Chandigarh, Punjab: The decision of the Shiromani Gurdwara Parbandhak Committee (SGPC) to participate in the Kumbh Mela in Allahabad has been opposed by various Sikh organisations, which criticised the apex body for “undermining the basic principles of the faith.” It is the first time the body has opted to participate in the event.

SGPC chief Avtar Singh Makkar, in a recent interaction with journalists in Amritsar, disclosed the decision of the committee to set up a stall at the mela to display books and create “awareness” about Sikhism, its history, the teachings of the Gurus, principles and practice. The SGPC, which has decided to organise a photo exhibition and hold langar (community kitchen), has gathered its literature published in Hindi to be displayed at the mela.

Mr. Makkar is quoted to have said that every religion must interact with other faiths. He said there was evidence that the founder of Sikhism, Guru Nanak Dev, had participated in the Kumbh Mela at Haridwar. Gurdwara Gyan Godri Sahib stands testimony to the event, he argued.

Reacting to the development, radical organisation Dal Khalsa said that betraying the purpose for which it was formed after a major struggle, the SGPC first became the “extension counter” of the ruling Shiromani Akali Dal, which mortgaged it for petty political considerations to the Rashtriya Swayamsevak Sangh (RSS). “Participation in the Kumbh only denotes the complete saffronisation of the SGPC,” remarked the outfit’s spokesman, Kanwarpal Singh.

President of the All-India Sikh Students Federation (AISSF) Karnail Singh Peermohammed said that by accepting the invitation of the RSS chief to attend the Kumbh Mela, the SGPC put a stamp of approval on “following superstitions” against which Guru Nanak Dev had preached so extensively and laid the foundation of Sikhism.

SGPC member Hardeep Singh, while talking to journalists, said the body had only certified the stance of the RSS and other ideologues of the Hindutva stream that Sikhism was a mere extension of Hinduism. He said the decision of the SGPC had damaged the exclusive and distinct identity of the Sikh community.

Chief of the Shiromani Khalsa Panchayat Rajinder Singh said the SGPC’s decision was a setback to those Sikhs who were struggling to get an amendment to Article 25 and seeking to restore Sikhism as a separate religion.

The leaders have urged the Jathedar of the Akal Takht, the apex religio-temporal seat of the community, to take a tough stand on the issue and protect its interests. They asked the SGPC leadership to concentrate more on the affairs within the community.

The leaders pointed out that the SGPC had done precious little when more than 85 per cent of the youth were becoming apostates and a large number of “Gursikhs” were being attracted to the proliferating “dera” culture.