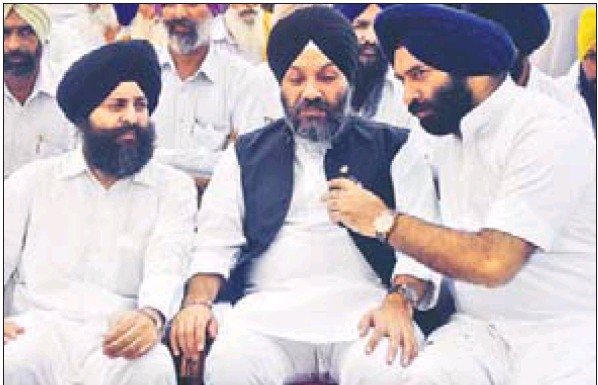 Karah Sahib, Kurukshetra: Hoping for a favourable solution for nearly 150 Sikh families in getting their rights to cultivate lands at Kupia Plot here, the Sikh leadership from Haryana, Punjab and New Delhi jointly gave a clean chit to chief minister Bhupinder Singh Hooda.

“We have no doubt that Hooda is a kind-hearted man who understands the problems faced by the farming community. It is the bureaucracy that misled the state government and did not offer a justifying solution to those who were cultivating land for six decades,” said the leaders who had gathered here on Saturday to offer their support to the Sikh population.

WHAT HAPPENED IN 1952
In 1952, 378-acre land of Karah Sahib panchayat was given on lease to several Sikh families for cultivation.

All these families, hailing from Tarn Taran area of Punjab, were motivated by Pratap Singh Kairon, the then chief minister of joint Punjab, to settle here.

As the Sikh families shifted at a new settlement of Kupia Plot at Karah Sahib village and continued tilling the land without extending lease or paying any amount, a villager, Molu Ram, and the panchayat approached the court to get the land vacated from the settlers in 2007.

In 2010, the Punjab and Haryana high court directed the farmers to handover the land to the panchayat.

Later, in an effort to ease the situation, the state government issued a notification, allowing the Kupia farmers to get the land on lease with the consent of the Karah Sahib panchayat.But, the panchayat remained adamant and wanted the land back.

After several attempts, the local administration executed the court orders and in the meantime the panchayat had filed a contempt of court case against Sikh settlers for causing willful delay in vacating the land.

Now, the high court has deferred the case for August 30.

‘CM MUST INTERVENE FOR SAKE OF FARMERS’

Harpal Singh Cheeka, chairman of Pehowa-Gulha Abadkar Pattedar Kisan Joint Action Committee, which organised Saturday’s event, urged the visiting Sikh leaders to ask the Haryana government to file an affidavit in the court, ensuring a solution before the date of contempt notice.

“Farmers of Kupia Plot have no complaint against Hooda and we urge him and Pehowa legislator HS Chattha to intervene to save the affected farmers,” Cheeka said.

The committee said that the farmers were ready even to accept lease of 99 years if they were not being given the lands’ ownership.

SIKH LEADERS WANT AMICABLE SOLUTION
However, GK, Sirsa, Bhaur and Virk said they supported amicable solution with the intervention of the elected state representatives. “We do not want to give an impression that the situation is being used by anyone outside Haryana for political mileage. We will soon meet the PM and Hooda to sort out teh issue in favour of Kupia farmers,” said the leaders.

However, Bhaur blamed the Kupia residents for not raising the issue with the Sikh body in all these years. Sirsa demanded that the state government remove the clause of consent from the panchayat to extend lease and it should be done directly by the administration.

GK said any baptised Sikh youth could apply for a job in the upcoming security agency of the DSGMC, while Bhaur urged them to apply for jobs through its senior vice-president RS Virk.

On the occasion, GK announced a sum of Rs 15 lakh, while SGPC sanctioned Rs 21 lakh for the affected villagers. Bhaur also announced free medical care by Miri Piri Medical College run by the SGPC at Shahabad Markanda in the district and every possible help, including legal assistance, food, water and generator sets.