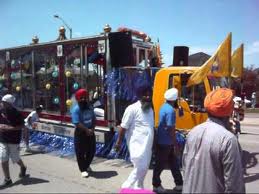 Sikh group to build centre for whole community in Barking

UK: A Sikh place of worship is planning to build a centre in Barking which will be open to the whole community and encourage integration and cohesion.

The centre will sit adjacent to the Singh Sabha London East gurdwara, in North Street and will cater for both gurdwara members and the rest of the local community.

The plans were revealed after the council agreed at a cabinet meeting last month to sell a plot of land which was once part of the Linton estate to the Sikh charity.

In return they have agreed to hand over another piece of land that is currently used as a car park. This land will be turned into a garden for the new William Street Quarter housing development.

General secretary of Singh Sabha London East, Sansar Narwal, said: “We are still in the early stages of planning and yet to decide on how the building will look etc, however we definitely want to open a centre for the whole community.

“We want to create something that will encourage community cohesion and integration.

“We’re very excited by it.”

Members of the gurdwara are planning to hold a meeting in April where decisions will be made on the style and size of the proposed building.