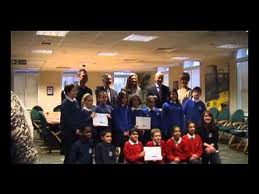 UK: Plans for a new primary free school which will initially be based on the site of a Sikh temple in inner-city Leeds have been unveiled.

The proposed Khalsa Science Academy would not be a faith school but would be based on a Sikh ethos.

It has already been given initial approval from the Department for Education (DfE) and now its backers are preparing to submit detailed plans.

The Khalsa Education Trust has also announced that it intends to become a multi-academy sponsor backing primary and secondary schools across West Yorkshire. The new primary free school aims to open this year with 30 pupils, eventually expanding to up to 210 children between the ages of four and 11. It would be based at the Sikh Centre at the gurdwara in Chapeltown in its first year before moving to a new base.

Academy trustee Harnek Singh said: “The overriding feedback from the wider community has been the need to provide further choice for parents and improved quality of education for primary school age children in the Chapeltown area.

“While the proposed free school is not a faith school it will be based on a Sikh ethos enabling children to achieve their academic, creative and scientific potential and to allow them to realise their aspirations. It is important to emphasise that admissions will be open to children of any or no faith.”

The Khalsa Education Trust is carrying out six weeks of consultation overs its plans.