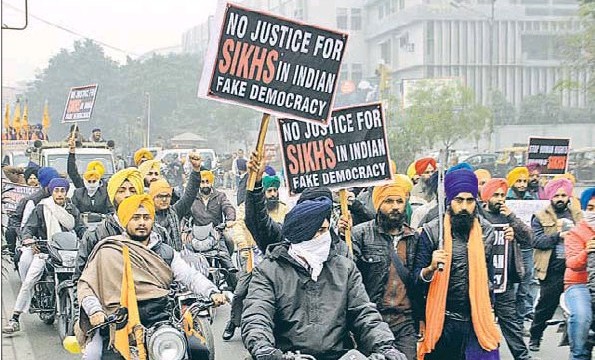 Ludhiana, Punjab: Members of the various Sikh organisations carried out a march on Friday to support Gurbaksh Singh Khalsa who is on hunger strike for the release of Sikh prisoners who have completed their punishments in various jails.

The march started from Bharat Nagar chowk in Ludhiana and culminated at Gurdwara Amb Sahib, Phase 8, in SAS Nagar, where Gurbaksh Singh Khalsa is observing his hunger strike.
Damandeep Singh Khalsa, member of a Sikh organisation, said government should release the Sikh prisoners who have completed their punishments otherwise they would be forced to stage protests.
Demanding the release of Gurpreet Singh, they warned blocking the traffic in city, if he was not released by Saturday.

Gurpreet was caught during the closing ceremony of Kabaddi World Cup, when he came on the stage and snatched the microphone from singer Jaspinder Narula. 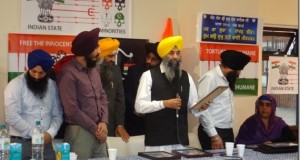