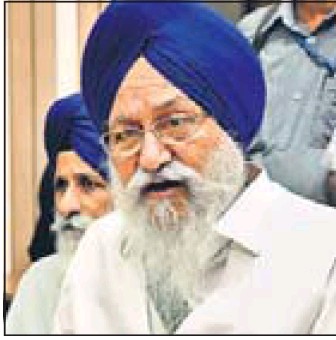 Amritsar, Punjab: As the authorities in the Canadian state of Quebec moved a step closer to framing a law on banning wearing of religious symbols, including turban, in public places, Shiromani G u r d w a r a P a r b a n d h a k Committee (SGPC) chief Avtar Singh Makkar has appealed to Prime Minister Manmohan Singh to take up this issue at the diplomatic-level with Canada.

With the bill on religious symbols having been introduced in the assembly of Quebec state for giving it a final shape, Makkar also made a desperate appeal to Canadian prime minister Stephan Harper to use his influence and have the bill withdrawn.

On the basis of the information provided by Canadian MP, Tim Uppal, the SGPC chief claimed that the Canadian PM too was against this bill as if passed, the large Sikh population in Canada was bound to oppose it.

“We want that timely steps are taken to prevent this bill from becoming law. Such a ban already exists in France and has added to the difficulties of Sikh families and their schoolgoing children,” Makkar said in a statement issued her on Thursday.

He pointed out that under this bill, Sikhs will not be allowed to wear their head gears or for that matter any of their religious symbols, to their workplaces. Similarly school and collegegoing Sikh students will be debarred from entering their institutions with turbans on, he added.

He said that governments world wide should go back into the past and recollect the bravery and courage shown by turbaned Sikh soldiers during the two World Wars. “Why was no such ban imposed then,” he asked.

Makkar also said that Sikhs have contributed a great deal to the development of Canada and will continue to do so. “Such a bill is bound to hurt religious sentiments, particularly of Sikhs who have been settled in Canada for a very long time,” he added.