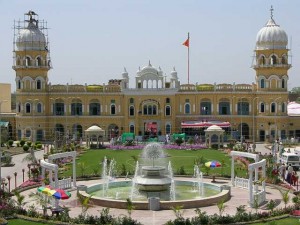 SGPC jatha to leave for Pak on Nov 15

Amritsar, Punjab: A Sikh jatha led by the SGPC will leave for Pakistan on November 15 to celebrate the birth anniversary of Guru Nanak Dev. SGPC secretary Dalmegh Singh said the jatha would be headed by SGPC member Randheer Singh Cheema and it would leave for the pilgrimage from the SGPC headquarters in Amritsar on November 15.

Previous: Nepal to celebrate Gurpurab in Kathmandu gurdwara
Next: Relics of Tenth Guru to be shifted to Keshgarh Sahib