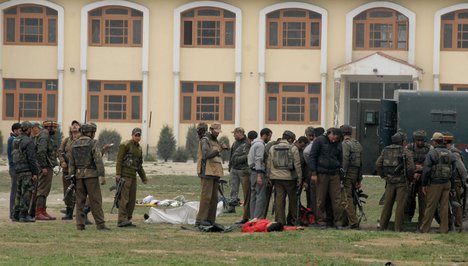 He said the SGPC had acquired 14 acres of land in California, US, to set up a gurdwara and a mission. An SGPC team would be sent to the US on September 25 to manage things there.

“The SGPC shall set up a Sikh mission in California on 13 acres of donated land with formalities regarding its allotment having been completed,” informed Makkar

Condemning the attack on Sikhs at the Shopian gurdwara in Kashmir, Makkar said: “The Muslim community residing in the state has tried to defile the sanctity of the gurdwara and harassed the five Sikh families residing there.

“It is the duty of the government to protect the rights of minorities and maintain communal harmony.” Makkar said he would be writing to Prime Minister Manmohan Singh and Chief Minister of Jammu and Kashmir Omar Abdullah to look into the matter “lest it takes an ugly turn.”

The SGPC chief said a relief of Rs 21 lakh would be given to farmers in Gujarat rendered landless after 50 years.

“We shall not only provide relief to them in the form of cash and kind, but also fight their case in court,” he said.

To prevent attacks on Sikhs owing to mistaken identity, the SGPC would set up a committee comprising Sikh scholars. The committee would prepare literature on Sikhs and Sikhism which would be distributed in Europe.

Makkar said it had been decided that the SGPC employees would contribute 6 per cent of their enhanced DA installment to the Cancer Fund.

“This is the fourth time that the employees will be doing so to assist cancer patients,” Makkar added.

SGPC to build a gurdwara and a Sikh mission on 14 acres of land in California, US

The literature will be distributed in European countries

Previous: Bajwa lashes out at CM for calling Modi ‘sardar’
Next: SGPC wakes up to woes of Sikhs abroad