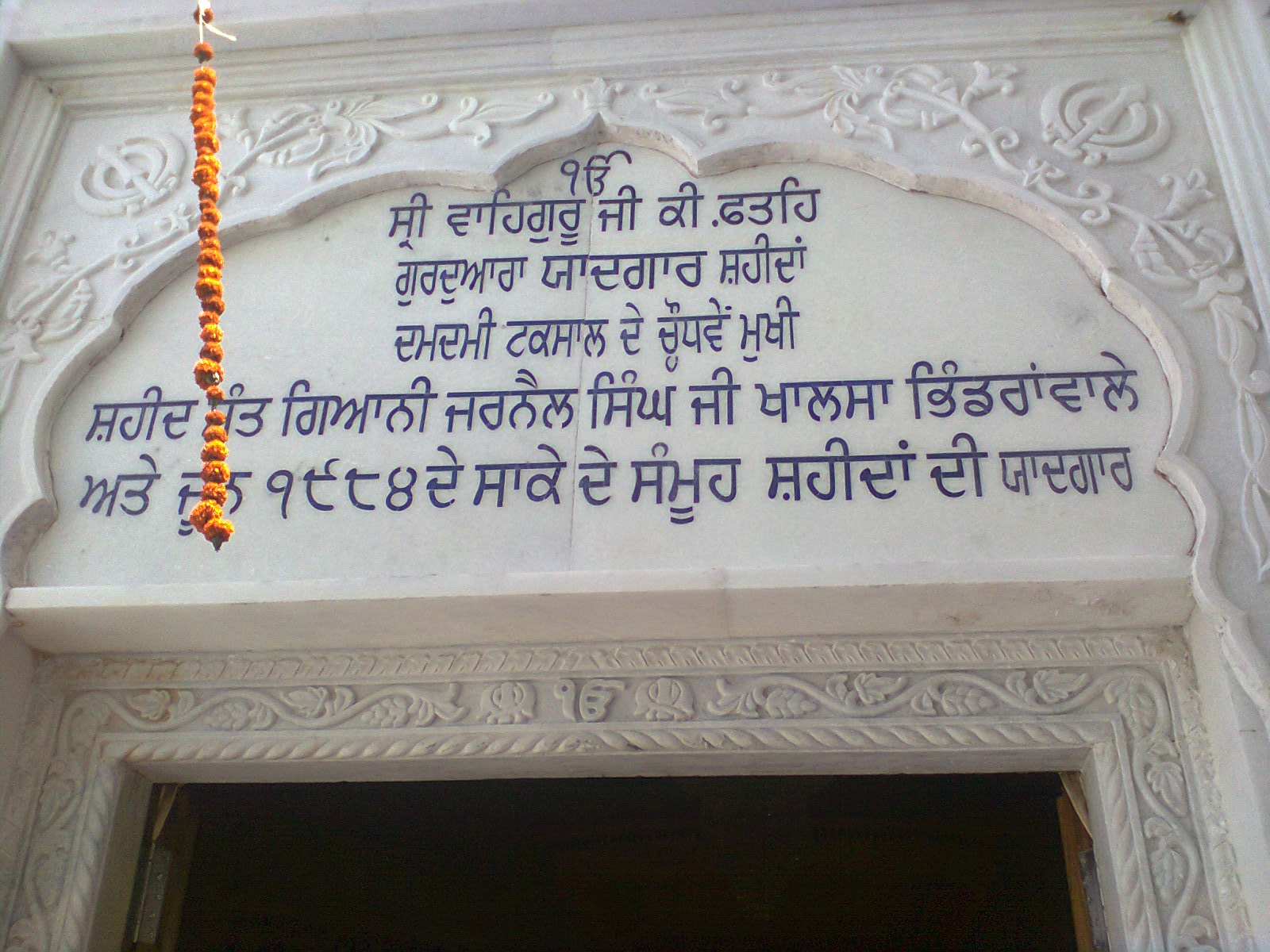 Comments Off on SGPC does not want name of Sant Jarnail Singh Bhindranwale in any Sikh Gurdwara 1,334 Views

Amritsar, Punjab: The stalemate between the Shiromani Gurdwara Parbandhak Committee (SGPC) and the Damdami Taksal over the Operation Bluestar Memorial controversy continues as a meeting held between the two sides here today remained inconclusive.

Sources said Makkar raised an objection to Taksal’s move to dedicate the memorial to Jarnail Singh Bhindranwale and engraving his name at different points while terming it as “a direct interference” in the SGPC affairs. He said the boards and the marble on which his name had been inscribed should be removed.

Talking to The Tribune, Makkar said they would not tolerate any intervention in the SGPC functioning. He said the SGPC was in charge of the memorial’s management and it would be run as per the ‘maryada’ of the Golden Temple, which was a symbol of communal harmony and peace.

On the other hand, Taksal chief Harnam Singh Khalsa has opposed any such move. He said they had strongly resented the SGPC plan to remove the board with Bhindranwale’s name. He said the SGPC had been warned not to tamper with the memorial. He warned that if any such move was initiated, it may cause a “division in the community, for which the SGPC chief will be responsible”. He said they will present a memorandum to the Akal Takht Jathedar on May 6, urging him that the memorial’s history should not be distorted.

He said the Sant Samaj and Nihang outfits would take out a march from Chowk Mehta and reach Akal Takht in the form of a procession on May 6. He said there was widespread resentment in the Sikh Sangat over the SGPC’s move to remove the wall clock having Bhindranwale’s photograph. He alleged that Makkar’s attitude at a meeting held earlier was “dictatorial”.

The Taksal chief has called a meeting to decide the future course of action over the suggestions being given by the SGPC. Though the meeting took place in a cordial atmosphere, no decision could be reached about the contentious issue.

The opening of Operation Bluestar Memorial on April 27 here had sparked a row after it came to light that the Taksal had dedicated it to Bhindranwale. The SGPC cried foul play contending it was kept in the dark about it.

The Taksal had inscribed Bhindranwale’s name on six spots, besides putting up a wall clock with his photograph. In a damage-control mode, the SGPC had turned around the ‘golak’ with his name on it and also removed the wall clock. However, his name is still intact on five plaques outside the memorial.