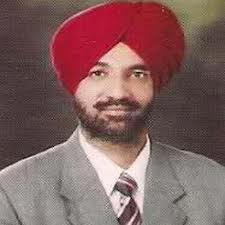 Amritsar, Punjab: It is learnt that on June 26, 2013 the Shiromani Gurdwara Parbandik Committee (SGPC) announced the formation of a three member panel to investigate the thrashing of IAS officer, Kahan Singh Pannu at Gobind Dham in Uttarakhand. The incident had reportedly taken place on June 22; as some persons beat up IAS Kahan Singh Pannu and removed his turban.

The panel members are Sukhdev Singh Bhaur, SGPC general secretary, Rajinder Singh Mehta and Nirmal Singh Johal, both executive committee members. SGPC secretary, Roop Singh will act as the coordinator of the probe panel, which will submit its report to Makkar in the shortest possible time.

“As the incident occurred near a Gurdwara, en-route to the Hemkunt Sahib and the targeted official was involved in evacuating pilgrims, the SGPC thinks it fit to investigate the matter and fix responsibility”, a statement issued on behalf of SGPC chief Avtar Singh Makkar stated here on Wednesday.

As per media reports the SGPC panel will go into the reasons that may have provoked the attack on Pannu. The claims of the attackers that Kahan Singh Pannu had passed certain derogatory remarks against Guru Gobind Singh will be verified.

“Those who assaulted Pannu, deliberately dislodged his turban from his head. A turban is a sacred symbol for all Sikhism and dislodging it tantamount to committing a grave offence”, Avtar Singh Makkar reportedly stated while referring to the video on of the incident that was uploaded by someone on YouTube.

Meanwhile, the Punjab government has also formed a committee comprising senior police officers to investigate the matter. As per media reports the police has registered a case against the person who has uploaded the video of the incident on YouTube.

Previous: Resolutions passed by Sikhs from across Europe at the 25 June Conference in the European Parliament
Next: Sikh Temple of Wisconsin to mark anniversary of deadly rampage