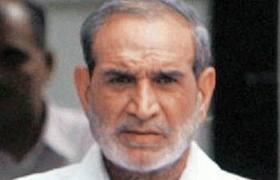 Sajjan and others conclude final arguments in Sikh Genocide case

New Delhi: Congress leader Sajjan Kumar and five others, facing trial in a 1984 Sikh genocide case, on Monday concluded their final arguments in a Delhi court, where they questioned the conduct of the complainant and key witness and accused her of often changing her stand.CBI had commenced final arguments in the case on March 31, last year.The Delhi high court in February 2010 had ordered quick disposal of all pending 1984 Sikh genocide cases, including that of Congress leaders Sajjan Kumar and Jagdish Tytler, and had said that they should be concluded within six months in the lower courts.

Concluding the arguments, advocate Anil Sharma, appearing for Sajjan and other accused, told district judge JR Aryan that “as the case does not stand on its fact, it cannot succeed on law point also”.

The counsel questioned the conduct of complainant and key witness Jagdish Kaur, who had lost live of her family members during the genocide in 1984.

He argued that Jagdish Kaur in her statements to judicial commissions, set up to probe riot related cases, had said she did not take the name of Sajjan Kumar earlier as she was “scared and the situation was anti-Sikh” that time.

“Whereas, during cross examination before the trial court, she had said when she gave her affidavit to the commissions, she was not scared and was not concealing anything. She had also said that she had taken Sajjan Kumar’s name before the Delhi Police but it did not record it. This shows she had changed her stand in the court,” the counsel said.

The court has fixed February 19 for CBI to rebut the arguments advanced by the defence.

Sajjan Kumar is facing trial along with five others – Balwan Khokkar, Kishan Khokkar, Mahender Yadav, Girdhari Lal and Captain Bhagmal – for allegedly inciting a mob against the Sikh community in Delhi Cantonment area.

The case relates to Sikh genocide that had broken out after the assassination of the then prime minister Indira Gandhi on October 31, 1984.

Sharma argued that Jagdish Kaur had not taken the names of accused Balwan Khokkar, Mahender Yadav and Captain Bhagmal in her earlier statements and there was no evidence against them.

The counsel also contended that there were several other contradictions in the statements of the witnesses.

The Delhi police had earlier probed the riots cases and the investigation was handed over to CBI in 2005.

CBI had earlier told the court that there was a conspiracy of “terrifying proportion” between Kumar and the police during the riots.

It had said the police had acted in a pre-planned manner during the riots and kept its “eyes closed” to the wide-spread violence.

The case against Sajjan Kumar was registered in 2005 on a recommendation by justice GT Nanavati Commission. CBI had filed two charge sheets against him and the other accused in January 2010.

The trial court had framed charges against Sajjan Kumar and the five others under Sections 302 (murder), 395 (dacoity), 427 (mischief to cause damage to property), 153-A (promoting enmity between different communities) and other provisions of the IPC.