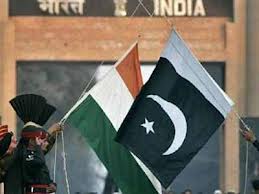 Pakistan: Burgeoning terrorism and military operations in the area have forced many members of the Sikh community to leave Khyber Agency, says Tahir Ali. Mahinder Singh, 40, was the owner of a herbal medicine shop in Bazaar Zakhakhel in Pakistan’s Khyber Agency. Most of his family members had moved to Peshawar in 2009 after local militants imposed jizzia — a tax applicable only to non-Muslims — in the lawless tribal region.

But Singh was not ready to quit the business he owned in Tabbai village, so he stayed back.

In November last year, Singh was kidnapped while he was on his way back home, after shutting his shop. His family members tried their best to find him, but failed to do so.

Singh’s body was recently found in a gunnysack at a dry stream in Chora area of Khyber Agency. He had been beheaded and his body had been chopped into pieces.

Singh, a diabetic patient, has left behind a wife and eight children, including a son  disabled by polio.

Singh’s brother Baswant, who lives in Peshawar, said, “Our family has no rivalry with anyone. We have spent six decades in a peaceful manner at Khyber Agency. We migrated to Peshawar three years ago when the Lashkar-e-Islam imposed jizzia on the Sikh community.”

According to Baswant, the Sikh community had requested the government of Khyber Pakhtunkhwa time and again to look for this brother, but to no avail.

According to government officials, local militant outfit Tawheedul Islam has claimed responsibility for the killing and left their leaflet alongside the body.

“He has been killed as he was spying for our rival group Lashkar-i-Islam,” stated the leaflet.

Tawheedul Isla is a tribal militia formed by pro-government and anti-Taliban Zakhakhel tribals in Khyber Agency.

The Sikh community had also requested the elders of Zakhakhel tribe to try to trace Mahinder, but they claimed they knew nothing about the kidnapping.

Rejecting allegations about his brother being involved with a militant group, Baswant said, “My brother was not affiliated to any militant group. The killing is a cruel act. If the government cannot provide security to members of religious minorities, then it should arrange for their migration to safer countries.”

Baswant had himself been a victim of kidnapping earlier. A local militant group had kidnapped him and then released him after chopping off his hair.

The gruesome killing is not the first incident of violence against minorities in the area.

In 2010, one Jaspal Singh was murdered by militants while security forces had managed to rescue two more — Sarabjit and Gorinder Singh — after an operation.

In another incident, Satnam Singh and Sardar Singh were killed in 2010 when shells landed on their shops at Shalobar Chowk of Bara market in the Khyber Agency.

Burgeoning terrorism and military operations in the area have forced many members of the Sikh community to leave Khyber Agency. Many Sikh Pakistanis used to own various businesses across Khyber agency but the continuous fighting and curfews in the area have affected their livelihood.

Kyber Agency was once home to nearly 70 Sikh families. Fed up with the incessant violence, most of them have now moved to Peshawar or cities in Punjab [ Images ] province.