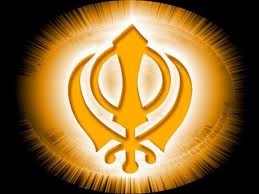 Punish those who disrespect Guru Granth Sahib under Section 302 of IPC: SGPC

Comments Off on Punish those who disrespect Guru Granth Sahib under Section 302 of IPC: SGPC 556 Views

Amritsar,Punjab:The SGPC is set to write to the Centre seeking amendment in Section 302 (punishment for murder) of the IPC. The Sikh body wants the section to also apply to instances of where disrespect is shown to the Guru Granth Sahib and holy scriptures by setting these on fire in violation of the Sikh Maryada.

Sikhs consider the Guru Granth Sahib as a “living guru”. Even the Supreme Court, in a judgment, had held the holy scripture as “person”, provided it was duly installed in a gurdwara.

SGPC chief Avtar Singh Makkar on Tuesday said he will write to the Centre regarding this after he returns from New Delhi, where he is camping currently for the Delhi Sikh Gurdwara Management Committee polls.

In fact, the SGPC has demanded the registration of a case under Section 302 of the IPC against one Baba Palwinder Singh — a Mari Megha village resident in Tarn Taran district — for allegedly burning religious books containing contents from Guru Granth Sahib and later throwing these in a heap of garbage.