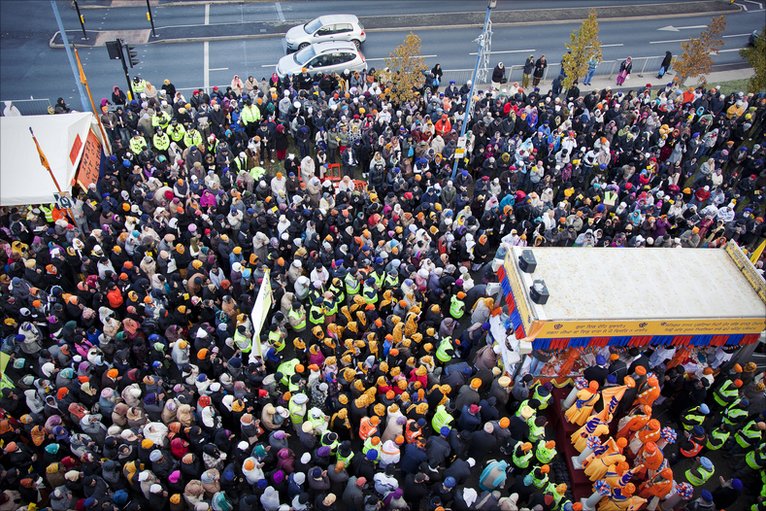 Percentage of Sikhs in Wolverhampton is second highest

Wolverhampton, UK: Around nine per cent of the city’s 249,500 residents describe themselves as Sikh, according to the latest round of data released from the 2011 census.

Information collected as part of the census is being published in phases, with the latest giving details about the number of people living in each of Wolverhampton’s wards, as well as the health and well-being, education and ethnicity of the local population.

City council chiefs say they are using the information to better understand who lives in the city, enabling them to plan services which meet the needs of residents, such as the provision of school places, activities for young people and services for older people.

Slough has the highest percentage of Sikh residents in England.

The latest statistics show that the Bushbury South & Low Hill ward has the most residents with 14,983 people and Tettenhall Wightwick ward the least with 10,872.

Two wards in the city saw a reduction in population since 2001, Wednesfield North with 390 fewer people and Bushbury North with 91 less.

Bushbury South & Low Hill ward has the greatest concentration of children aged up to 15 years at 4,013 making up 27 per cent of the ward’s population.

In contrast, there are 1,573 children in Tettenhall Wightwick Ward – 14 per cent of the local population.

Tettenhall Wightwick ward also has the greatest concentration of people aged 65 years or older – 2,891 people or 27 per cent of the ward’s population.

Residents in Tettenhall Regis and Penn were more likely to say that they have very good health, at 45 per cent each.

Conversely, Bilston East and East Park residents were more likely to report they have bad or very bad health at nine per cent respectively.

Tettenhall Wightwick has the highest percentage of residents who provide unpaid care for someone with an illness or disability at 13 per cent, or 1,458 individuals.