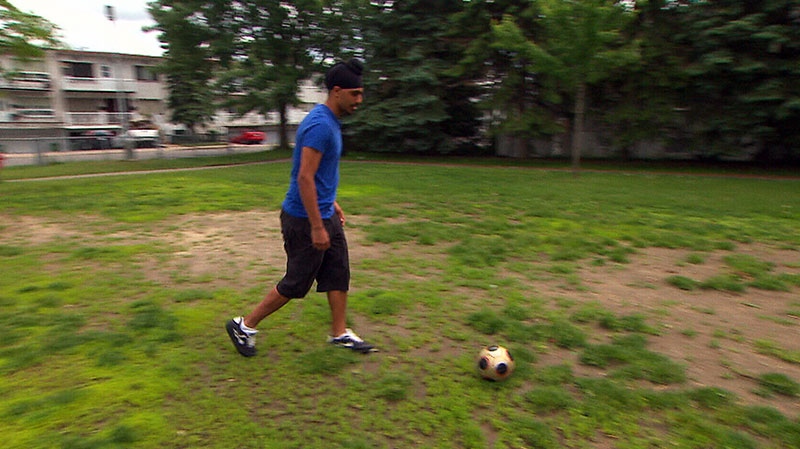 Ottawa, Canada: With the Quebec Soccer Federation’s recent decision to lift its ban on turbans, NDP MPs adorned patkas and turbans as they joined solidarity soccer games throughout Canada.

In Edmonton, one day after the Quebec Soccer Federation lifted its ban, Public Works and Government Services critic Linda Duncan (Edmonton—Strathcona) joined the Punjabi Sports Association for a game of soccer.

“I’m proud to be here with members of the Punjabi and Sikh community. We’re ecstatic that children will join their peers and return to the fields where they can play the beautiful game of soccer,” said Duncan.

Duncan also participated in turban tying festivities at the game, where she donned an orange turban.

“It’s a wonderful day and we’re here to celebrate a great decision in solidarity, style and colour,” said Duncan.

In Quebec, Seniors critic Lysane Blanchette-Lamothe (Pierrefonds—Dollard) and Industry critic Hélène Leblanc (LaSalle—Émard) joined members of the Sikh community a day earlier, as many awaited a decision from the QSF.

Just moments after the announcement by the QSF, Lysane Blanchette-Lamothe took the field with members of the Sikh community in Lachine, Quebec and scored the first goal of the day.

“I’m proud to be here with the community as we rejoice that our children will soon return to the soccer fields,” said Blanchette-Lamothe.

Leblanc joined and congratulated members of the community in LaSalle, Quebec where a second soccer game was underway.

“My colleague Lysane and I first started working on this matter in June 2012. This past April, we wrote a letter to FIFA and asked for a ruling that would get kids back on the fields. Today, with the support of the community and grassroots solidarity, we’re so happy to hear that Sikh children will now return to playing the beautiful game of soccer with their peers,” said Leblanc.