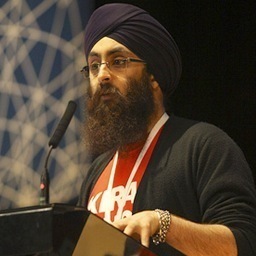 Sheffield, UK: At the recently held National Conference of the National Union of Students (NUS), delegates representing the 7 million membership of the student body elected the first Sikh onto its National Executive Committee (NEC) in its 90 year history.

Kirat Raj Singh, 23, the current Vice President at Birmingham City Students Union was elected in a strongly fought election with 26 candidates in the fray. Kirat Raj Singh has been involved in the NUS since 2009 and has been active within the NUS Welfare Zone Committee and the Black Students Campaign.

A Law graduate, Kirat Raj is currently studying for his Masters in Political Theory at University of Birmingham.