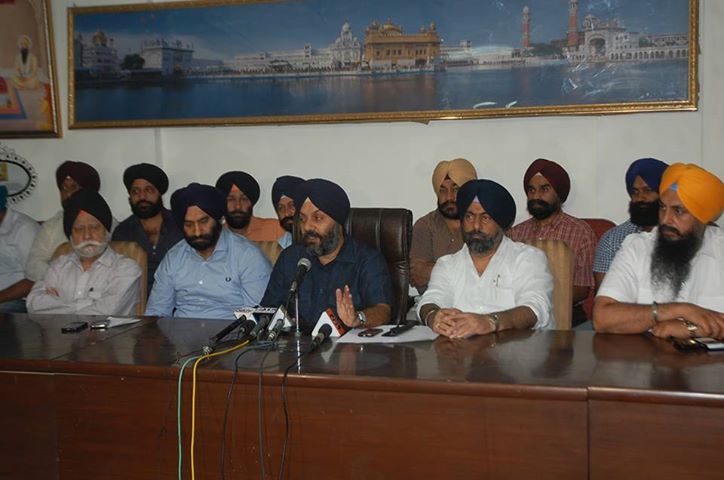 Comments Off on Modi must show statesmanship, says DSGMC 88 Views

New Delhi: The National Commission of Minorities and the Delhi Sikh Gurdwara Management Committee (DSGMC) have sought justice for Sikh farmers facing eviction from Kutch in Gujarat. At a press conference here, president of the DSGMC Manjit Singh GK, asked Gujarat CM Narendra Modi to ask his officers not to pursue the case against the Sikh farmers in the Supreme Court.

Manjinder Singh Sirsa, DSGMC general secretary, asked Modi to show statesmanship, “especially when the NDA is looking to you to lead the country after the parliamentary elections.”

The Gujarat High Court had in July 2012 set aside the decision of the district collector ‘freezing’ the land of these farmers on the plea that they were “outsiders.” Ajaib Singh, member of the National Minorities Commission, said he had submitted a report to the commission in June. “In describing the sorry plight of the Sikh farmers to the media in Gujarat, I had said that Modi, who was in the habit of suppressing and terrorising the minorities in Gujarat, was in this case targeting and victimising Sikh farmers of Kutch.”

The affected farmers have been camping in Gurdwara Bangla Sahib here.

Previous: A gurdwara in California has been vandalised and the word “terrorist” scrawled on its walls.
Next: CM: Will take up problems of Gujarat Sikhs with Modi