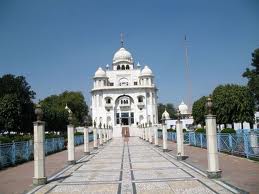 The DSGMC president, Manjit Singh (GK), said a committee consisting of architects and Sikh historians would decide the shape of the memorial.

“As the victims have not been given justice, we decided to raise a building in their memory. Last year we had decided to construct the memorial at a park in Punjabi Bagh. But this was opposed by the government,’ Manjit Singh said. Asked about government permission, he said this was not required.

The SAD in charge of Delhi affairs, Balwant Singh Ramoowalia, said the memorial would be for all those who believed in justice.

General secretary of the DSGMC Manjinder Singh Sirsa said a resolution to construct the memorial was passed by the general House, with three members against it and five in its favour.

A senior member of the DSGMC, Avtar Singh Hit, said: “We will raise the memorial at any cost.”