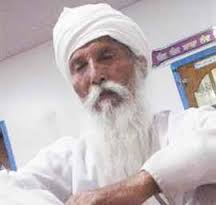 ‘Man Accused of Assaulting Elderly Sikh Is Unfit for Trial’

Fresno, California, USA: A homeless man accused of brutally assaulting an 82-year-old Sikh with an iron rod outside a Gurdwara in California is “legally incompetent” to stand trial, a US court has ruled.

Gilbert Garcia, 29, was accused of attacking Piara Singh outside of the Nanaksar Sikh Temple in southwest Fresno on May 5 in what the local District Attorney’s Office called a hate crime.

Harrell then scheduled a November 19 hearing to determine where to send Garcia for treatment. Until the decision is made, Garcia will be held in the county jail.

Singh was beaten brutally with an iron bar outside the Gurdwara in Fresno which is located in the heart of the Central Valley of California that has a sizable Sikh population.

According to Fresno police, Singh was approached by a bicyclist after 7 am (local time) on May 5. Without saying a word, the attacker beat Singh in the head and body with a rod. Singh suffered multiple broken ribs, an injury to his jaw and more than two dozen stitches on his head.

Members of the Sikh community expressed frustration with the court ruling as many were hoping Garcia would be brought to justice for committing what they believe to be a blatant hate crime, local TV station KFSN reported.

“We just want justice served in this particular case. I hope he’s not just skirting around the system,” said Paul Sihota, a member of the community.

“That’s a total shock. I don’t know that I trust the doctors that said that because he’s 30-years-old and he was competent enough to beat up on an 82-year-old man,” he said.

While in custody, police said Garcia admitted to hating Sikhism and told officers he had plans to blow up local temples.