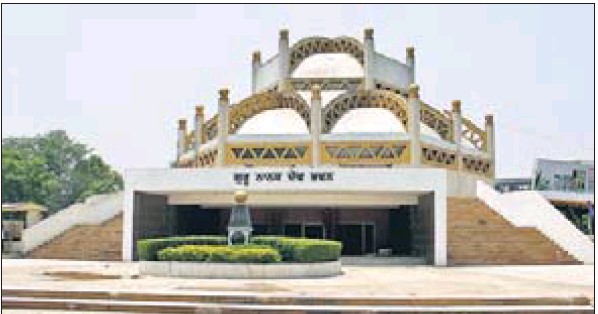 Ludhiana to get ‘world-class’ library

Comments Off on Ludhiana to get ‘world-class’ library 639 Views

Ludhiana, Punjab: Residents of Ludhiana would have something to boast about – a ‘world class’ library that would be built by the municipal corporation this year. Mayor Harcharan Singh Gohalwaria and commissioner RK Verma have directed the MC officials to look into facilities in libraries across the world so that those provisions can be imbibed in the library here.

The library will be built on the first floor of Guru Nank Bhavan, where the MC already has a space for the past 15 years. The MC had acquired the space on lease for constructing the library, but the plan never took off.

However, this time around, Gohalwaria taking the plan to build a world class library seriously, as at present, the city lacks a proper library. The work on the library at Guru Nanak Bhavan will take off soon and is expected to finish by the year end.
The corporation has kept aside a budget of Rs 78 lakh for expenditure on the libraries, and another Rs 5 lakh on contingency expenditure this year. At the same time, it is expecting to garner Rs 1 lakh from the libraries this year. In 2012-13, Rs 99 lakh was sanctioned for the library.

“We had acquired a space for the library 15 years ago, but due to some reasons, the library could not be constructed. Now, I have asked the officials concerned to look into the features of the top libraries across the world so that those elements could be introduced here,” said Gohalwaria.

He said: “The residents do not have a proper library, and I wish to provide them a library where they can read and learn.”

“As the place is centrallylocated, residents from various pockets of the city can approach the library easily. It would be an air-conditioned library. In winters, outdoor arrangements would be made so that people could study in sun,” he added.

At present, the municipal corporation runs three libraries at Gill Road, Rose Garden and inside Traffic Park, Model Town, with only 14 staff members. A large part of the corporation’s earnings from the libraries comes from selling of rags. There are only 125 members in all the three libraries, even as the membership fee has not been updated since 1975 – which still remains Rs 15 per year. The security of the libraries is kept at only Rs 50.