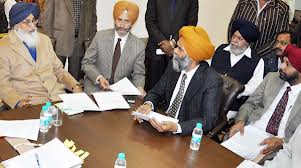 Ferozepur,Punjab: On the pattern of the Haryana government’s including Jat Sikhs in the Other Backward Classes (OBC), the All-India Rai Sikhs Samaj Sudhar Sabha has demanded the same benefit in Punjab.

In a press release issue here on Thursday, Gurdip Singh Warwal, former deputy ambassador to Germany and head of the sabha, quoted the Allahabad high court judgment of August 25, 2000, that Jats and Jat Sikhs were one caste and eligible for the same OBC certificate in Uttar Pradesh.

The Jat Sikhs were included in the OBC in the central government, Rajasthan, Gujarat, Madhya Pradesh, Bihar, Uttar Pradesh, Uttarakhand, Himachal Pradesh, and Delhi. The Ayyanger Committee report submitted in parliament in the year 1949-50 had notified Jat Sikhs as Vimukat Jatis in some areas of Punjab. “Vimukat Jatis are lowest strata of society,” reads the sabha’s press release.

The second Backward Classes Commission of 1980 (Mandal Commission) also recommended the inclusion of Jat Sikhs in OBC in Haryana and Punjab. In the glossary of tribes and castes of Punjab in the MA Rose (1919) and other Census reports from 1881 to 1931, Jat Sikhs are termed as Sudhars, below Brahmins, Kshatriyas and Vaisyas on the four-step caste ladder.

“Reservation for OBCs in Punjab should be increased from 12% to 27% as recommended by the Mandal Commission,” says Gurdip Singh Warwal stated in the press release. He suggested splitting the Scheduled Castes and OBCs into three groups (A, B, and C) based on social status after a detailed survey so that the benefits went only to the most oppressed people.