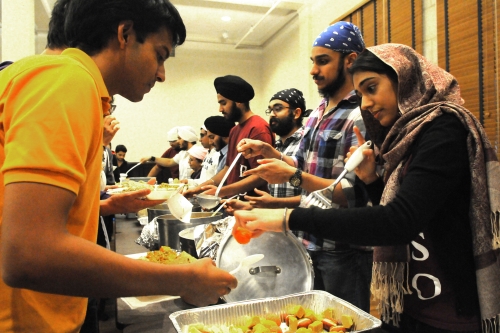 “India-born Sikhs tend to be more conservative, traditional, have bigger families and struggle in the labour markets,” explains Professor Gurharpal Singh, Dean of the Faculty of Arts and Humanities at London’s School of Oriental and African Studies, who has analysed the data. “Historically, they are also the ones who controlled gurdwaras,” he said.

Gurharpal, who is the author of “Sikhs in Britain: the making of a community” and other works, adds, “There is the possibility that the emergence of a British-Sikh identity, which seemed to be taking firm roots in the 2000s, with the community being at ease with itself and being increasingly recognised in public life, might once again be challenged by homeland concerns. This is not to say British-born Sikhs are uninterested in issues of Sikh identity and homeland concerns, but that their attachment to India and Punjab is much less rooted and anchored than the first generation of India-born.”

His study of the latest census data indicates that the Sikh community in England and Wales jumped from 3.36 lakh in 2001 to 4.23 lakh in 2011, representing a 26 per cent increase in a decade. He says this is substantially less than the 7 lakh total claimed by some UK Sikh organisations. However if the numbers for Scotland and Northern Ireland are added, along with the numbers of illegal Sikh immigrants (estimated at 50,000), the true figure for the actual Sikh population in the UK is closer to 5lakh. “In terms of size”, Gurharpal explains, “the (British) Sikh community is today almost on a par with its counterparts in Canada and the USA. The data confirms that British-Sikhs are a growing, expansive community.”

In Gurharpal’s view, this increase in the Sikh population cannot be accounted for only by natural growth. Additional reasons include internal migration within the European Union. Most important of all, because of the liberal visa regime of the previous British Labour government, was the higher rate of immigration from India.

“Clearly we need more detailed data from Census 2011 on the place of birth, ethnicity, education and employment to draw more firm conclusions,” Gurharpal agrees. “However, my initial view is that primary migration (from India) has contributed significantly to the increase. If that is, indeed, the case in this decade it will tip the balance in favour of the non-British-born Sikhs.”

Muslims now make up nearly 5 per cent of the population of England and Wales, compared to 1.5 per cent Hindus, 0.8 per cent Sikhs and 0.4 per cent Buddhists.

“The emergence of Muslims as the undisputed leading ‘minority’ religious community in Britain is likely to intensify political and economic competition among minority communities, especially in areas of local settlement – little Punjabs, Gujarats and Kashmir, like Southall, Leicester, Sparkbrook and Bradford,” says Gurharpal.

“The major conflict that is likely to emerge is around control of local councils.”

He, therefore, points out that South Asian communities will have a profound impact and major say in the outcome of the next British General Election due in 2015