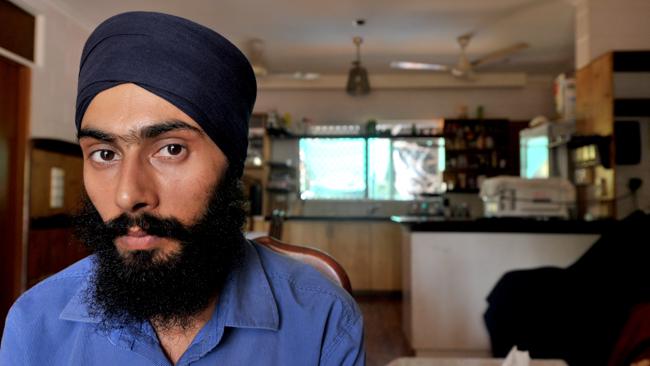 Australia: A HUSBAND and wife will spend nine months in jail for attacking a Sikh taxi driver in Darwin who was racially abused, punched and had his turban ripped off his head.

“The turban is the crowning glory of the Sikhs. For Sikhs, the head and the turban are sacred – they must not be touched or insulted in any way,” Justice Southwood said.

Ms Sollitt began verbally abusing Mr Singh when he picked her up with four others at the Dinah Beach Yacht Club last October, the NT News reports.

Mr Singh kept driving but did later pull over when Ms Sollitt got out and yelled “grab his turban, rip it off”, before she ran to Mr Singh and tried to remove it.

She pulled it off, leaving Mr Singh dishevelled.

He attempt to radio in for help before Mr Arbouin threw him to the ground. Ms Sollitt then punched him in the face.

Mr Arbouin then said: “You see what happens with your turban? Now I’m going to rip your hair off.”

The police arrived soon after to take control of the scene.

Mr Singh previously said that his main concern was for his faith.

“The turban is a symbol of faith. I only care that these people insulted my religion,” he said.

Previous: US celebrates 100 years of Sikh arrival
Next: The Importance of Women’s Voices In Film