Amritsar,Punjab: Gerrman ambassador in Canada has assured World Sikh Organization (WSO) to continue to pursue the case of Devinderpal Singh Bhullar, on death row, with the Indian government.

Legal counsel, WSO, Balpreet Singh informed TOI on Tuesday that German ambassador in Canada Werner Wnedt informed them that Germany would continue to talk to India on the highest level about the case of Devinderpal Singh Bhullar.

Notably, Bhullar had applied for asylum in Germany in 1994 but was deported back to India where he was sentenced to death in 2001 in case of bomb blast. Balpreet said that WSO had sent an urgent appeal to the Canadian, German and Indian governments last week and had received reply from Werner Wnendt .

In his letter, Werner Wnendt said, “On April 12, 2013, when the Supreme Court of India has refused to relief Bhullar from the death penalty, the Federal President, Joachim Gauck, has talked to Prime Minister Manmohan Singh in order to plead his case. Germany will continue to talk to India on the highest level about this case.”

The letter reads “Germany has followed the case of Bhullar closely and has asked India on a number of occasions to relief him from the death penalty on humanitarian reasons”. 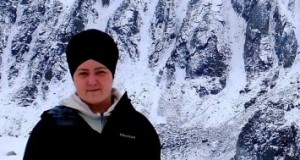